My name is Wesley Bissainte. I was born May 23, 2004. I started playing football at around six years old and fell in love with the game. I can recall begging my mom to let me play.  The first time I put on gear was with the Maimi Gardens Rams, to the Carroll City Chiefs, to my last year in optimist the Northbay Bulldogs (a.k.a. foreign boys).

Wide receiver  Jacorey Brooks, also known as”C7”, is a student-athlete at Booker T. Washington Senior High School, and he’s the captain of the varsity football team. He plays wide receiver and has the drive and dedication to be the number one receiver in the nation in the class of 2021. At the beginning of his high school season, Jacorey has made ALL-DADE for football his freshman and sophomore years. 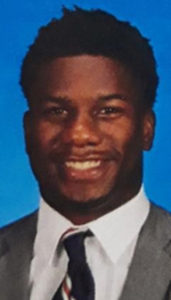 My name is Henry Parrish Jr. and besides being a football player, I am also a son, brother, grandson, student, athlete and friend. I’m a very responsible, independent and respectable, supportive person. I love helping others to the best of my ability. In my spare time I enjoy playing music, video games, and basketball. 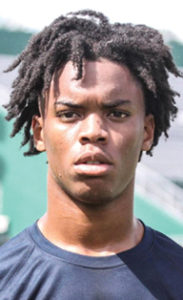 Patrick Ahmad Payton, 6’5, 200 lbs, is a JUNIOR defensive end at Miami High. He  has started all games for the varsity football team since his sophomore year in high school. Payton’s best game of 2019 was against Columbus high where he recorded 9 tackles, 4 sacks, and forced a fumble.

My name is Nathaniel Noel. I was born on May 4th., 2002. I was born and raised in Miami, FL. For as long as I can remember, I have been living in the same house. I grew up in a household with my little sister, my older brother and both of my parents. Since the age of five, I have been playing the sport that I love, Football. 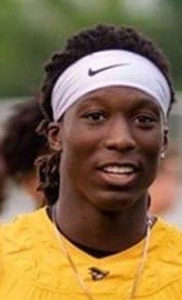 “I Douglas Emilien have been playing football since the age of 8. Football has given me another way to express my emotions and open up. It’s teaching me lessons not just on the field but off the field. From a torn ACL and was out for the remaining season, I pushed myself even harder because nothing was going to stop me from something I love.

“Derek Wingo  was born in Naples, Florida where he lived and grew up until his freshman year of high school. Having dabbled in many competitive sports, he has always learned to look for the best in everyone, take the good from the bad, and to keep persevering through adversity. While football has always been a true passion, Derek took his talents to many stages.

“Xavier Restrepo is a high school senior whose friends and family would all agree that he has been a hardworking and devoted student athlete since a very young age. Xavier started his high school career at Monarch High School where he picked up all county as a sophomore. While having the opportunity, Xavier ended up transferring to St Thomas Aquinas High School for his junior year starting on the offense side of the ball as well as a team captain. 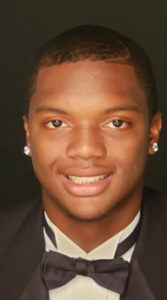 Dakarai Cabell is an African American Student-Athlete at the historic Dillard High School. Dakarai Cabell was born on June 16, 2002 in Boca Raton, FL. Five years after Dakarai’s birth, he moved to Pompano Beach, FL where he’s currently been residing for over 10 years. Dakarai Cabell is often recognized by his unique intelligence, smarts, and Athletic ability.

My name is Jevon Williams and I am a senior at Blanche Ely High School. I love interacting with my peers, adults, and other teammates as I set goals and my priorities with the highest degree of excellence. I am looking to further my education in Business and Engineering. Currently I am in the Magnet program at my school where I take Honors and AP courses. My current GPA is 3.9 and a have a total of 701 community service hours.

Coach Quentin Short is entering his first year as Head Football Coach at MSD after being an assistant/coordinator for the previous five seasons. He is native of Morrow, Ohio, and a graduate of Concord University in Athens, WV, where he was a three-year starter for the Mountain Lions. He has nineteen years of teaching and coaching experience which includes stops in West Virginia, North Carolina, and Florida. He and his wife Linda live in the Ft. Lauderdale area with their two kids Quincy and Taylor.