Is it better to sit patiently and wait for the draft or is it better make moves before it happens?

The only way to answer that question is through time and because the Dolphins have traded down from No. 8 to No. 13, a lot of people have been waiting on pins and needles while pulling their hair out trying to figure out what the Dolphins will do with their first-round selection.

If you’re wondering or looking for any type of glimpse as what the Miami Dolphins are going to do on April 28, 2016 when the NFL Draft rolls around, then don’t worry, the game plan is simple. Just understand that they’re going to take the best player available.

“We’re going to take the best player for the Miami Dolphins. There are a lot of good players in this draft. A lot of prospects will be there. We’re picking 13th, so we will just follow our board and let the process play out” 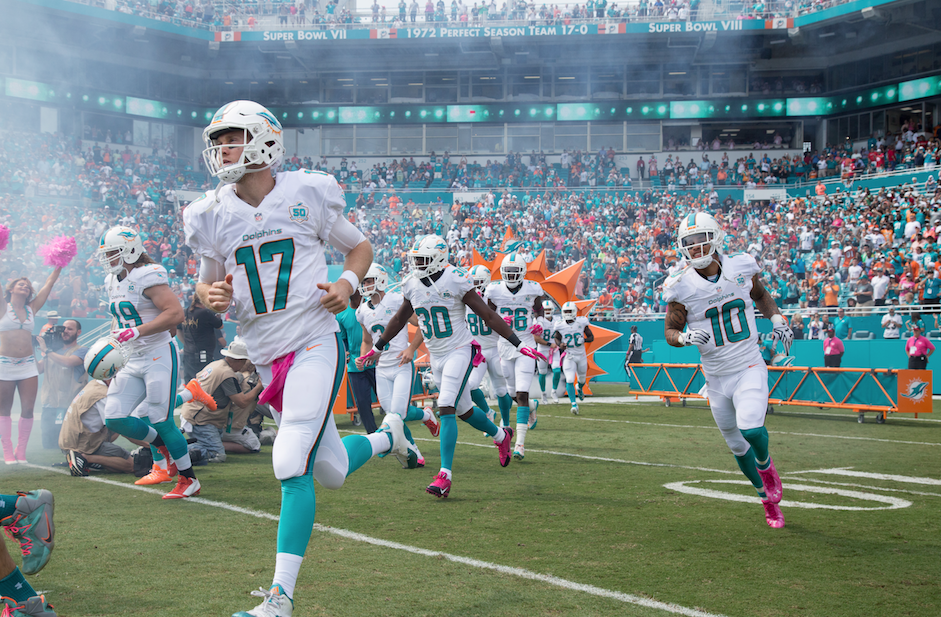 Those are the words that newly named general manager Grier lamented while sitting next to Executive Vice President of Football Operations Mike Tannenbaum, in front of about 40 media members on Friday morning in front of their training facility.

It’s tough to believe in the Dolphins who just finished the year with a 6-10 record when they were looked at as a darkhorse Super Bowl contender. However, when Grier said “First, I’d like to wish continued success in the playoffs to the (Miami) Heat and (Florida) Panthers organization. It’s an exciting time to be a South Florida sports fan” it made people realize that this team now is in the last place position among sports fans in South Florida and for this proud franchise that really stings.

The good news is that there have been a lot of changes within the organization in order to help get make them back into a successful franchise. One of the biggest concerns was answered when the Dolphins hired Adam Gase. With the hiring of Gase, it now gives the Dolphins a total of sixteen new coaches on staff. With the new voices of leadership within the organization, it should surely help bring out the best in their players. 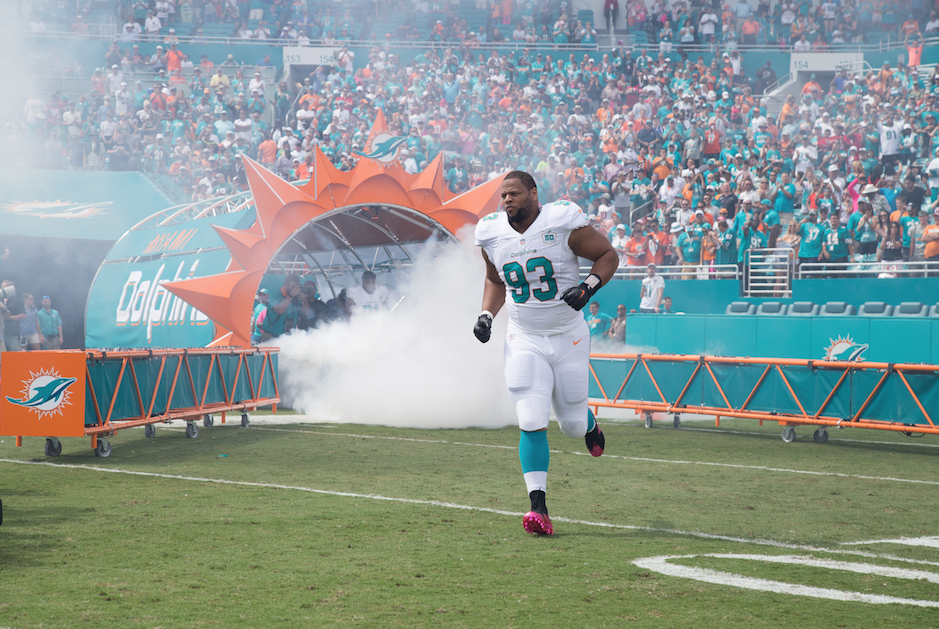 For all of those who are waiting on the draft for the answer to all the team’s problems, keep waiting. When a team acquires rookies they’ll take some time to get acclimated into the speed of the NFL. Let alone preparing for all of the change that comes with being a professional on and off the field. The biggest change though for any rookie is the fact that they’ll be finally compensated to play a sport most of them have been playing their entire life. The team wants to make sure after getting a check that these players will still be motivated to play well and that’s one of their biggest concerns entering the draft.

Thankfully, what’s good about having those rookies, is the fact that they’ll be growing with the current players on the roster. The average age of the roster now stands at 26 and having younger players to develop with the remaining younger veterans who are either entering their prime is a blessing.

For all of the players that the Dolphins will bring in next week, the biggest impact is still going to come from the players who are already a part of the roster.

“It’s a tireless commitment to constantly improve the team. Again, the part that’s exciting for us is we’re going to add a whole bunch of players next week, and hopefully, they’re going to help. But a lot of the improvement on our team in 2016 is going to come from within.”

The Dolphins might be more than one player away from being great again, but with the NFL draft less than a week away, they’ll be a few players closer to becoming a winning franchise again. Or at least that that’s the thought around South Florida.

Miami Dolphins: Why You Should Take Dan Campbell Serious

It’s been a long time coming, but change has finally occurred. A lot of Miami Dolphins fans were ready for a change in leadership, and they won’t have to wait any longer. Standing at 1-3, […]

Early on the morning of Monday May 20th, hundreds of African American and minority male middle and high school students from twenty of South Florida’s local schools made their way to Hard Rock Stadium for the Football Unites ™ Police and Youth Conference hosted by the Miami Dolphins.  This conference was designed to provide youth from the 5000 Role Models of Excellence program the opportunity to positively interact and create better relationships with local law enforcement officers. […]

There’s never too much excitement around the Miami Dolphins. Each year fans gather in anticipation that the Dolphins can finally break through and get into the playoffs. On Saturday night when the Dolphins played against […]