Who needs a Tyler Perry Production when you have the Miami Heat?

We’ve been accustomed to the first round being a cake walk onto the next series and that’s because of the talented players that have suited up for the organization. This year was a bit different.

Online Dr Xanax Miami got off to a blazing start as they took the cake from the Charlotte Hornets during their first two games. Then the Hornets came buzzing back angrier and forced the Heat to feel their sting winning three straight games. Thankfully thanks to a Dwyane Wade fade away at the elbow over Courtney Lee, Miami got to experience the sports holy grail, a game seven. 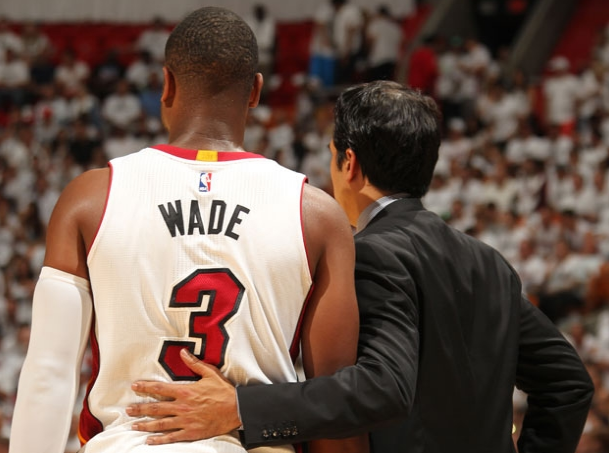 http://tamaralounge.com/?y=Buy-American-Xanax Just like the last game seven Miami played in, this one was nothing to scoff at because of the excitement and energy that each of these two teams played with.

Xanax Order Online Uk The biggest star that shined the brightest was none other than Goran Dragic. In the first game seven of his career Dragic lived up to the pressure.

In this season’s playoffs, Dragic has had a bit of a difficult time trying to find his rhythm. However, we all got the opportunity to watch the reason why Pat Riley traded so much to get him and then offered him so much to keep him here. Dragic was on fire Sunday as he finished with 25 points (which lead all scorers), six rebounds, and four assists while shooting 11-of-17 from the floor. Additionally, he had a plus-minus rating of +30.


“I felt like the paint was more open and I could attack. They didn’t rotate quick and I made plays.”

http://audiodescription.co.uk/directory/describers/theatre/museum-audio-described-guides/east-anglia/inclusive-theatre/ For the Hornets, going to a game seven wasn’t a moral victory but a stepping stone. The Hornets franchise since relocating to Oklahoma City and then subsequently back Charlotte as the Bobcats haven’t had much success. However, after taking a Miami team who will most likely reach the Eastern Conference Finals as a step in the right direction for their franchise.

“Hats off to Charlotte. It really was an honor to be a part of a seven-game series like this…Both teams were pushed so far uncomfortable this series…it’s just great competition. They made us better” said Miami Heat head coach Erik Spoelstra.”

For the Heat, it was a bit discouraging seeing them struggle against the sixth seed. Thankfully, now most of the players on their roster have some playoff experience and know how to perform when the pressure has been applied. For some Heat fans, the worry is right around the corner because they’ll have to play against the second-best team in the Eastern Conference, the Toronto Raptors. This year, that franchise has given Miami a lot of trouble.

Welcome to the playoffs.

D’Joumbarey A. Moreau covers sports in Miami-Dade & Broward County. You can follow him on Twitter  Order Alprazolam Online India @DJoumbarey

The Miami Heat are on their way to having one of the best teams in the NBA. Standing with a 2-1 record, the Heat have already defeated two teams who are potentially going to play […]

Miami Heat: The Bench is Stepping Up Nicely

They say that a team is only as strong as their weakest link and on Friday the Miami Heat showed that this team doesn’t have many weak links in their chain. All of the circumstances […]

by Tim Reynolds, Associated Press Two-time NBA champion Dwyane Wade is signing with Chinese sportswear provider Li-Ning, which is giving the Miami Heat guard his own brand within the company along with plenty of creative […]