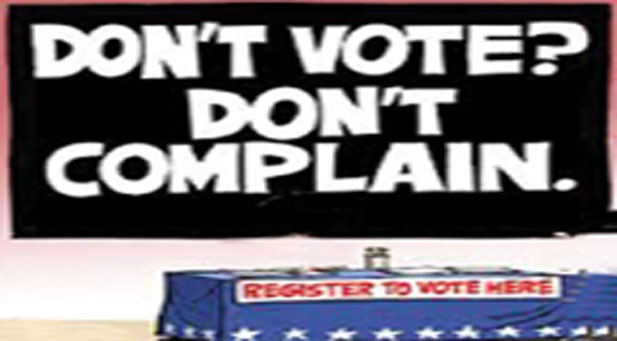 Miami’s District 5 election could be tainted by low turnout

The City of Miami’s District 5 election to replace term limited Commissioner Michelle Spence Jones will likely be the victim of low voter turnout on Nov. 5.

Widespread media predictions, as well as those of political activists, lean toward a low turnout among District 5 voters, who will choose between four candidates.

“It’s not a gubernatorial or presidential race,” said the Rev. Dr. James Bush III, when asked why a low turnout is expected.   “And you don’t have the candidates who bring excitement.

“I think low voter turnout would go in favor of Dunn.  He’s like the incumbent since he was appointed twice to serve interim terms.  Elections almost always go to the incumbent.  That story in the Miami Herald about Dunn won’t make a difference.”

The Herald’s story reported Dunn’s in restaurant expenses reported on his treasure’s report, which was submitted late.  He totaled some $2,500 on 60 visits in July, Aug. and Sept.

There were other expenses reported, including rental payments, a light bill paid to FP &L, without listing an address, $7,568 on advertising, printing and phone banks during that quarter.

Still, there is the issue of a low voter turnout among a District comprised of 65 percent Black Americans.

Colyer, Hardemon and Malone weren’t late in submitting required reports or amassing large restaurant expenses reported in the Herald’s story that blasted Dunn, who responded to the article on FACEBOOK.

“There are not that many people going to vote,” said re-tired educator and community activist Mack L. Finnie.  “Maybe they don’t think it’s important.  Maybe they don’t see much difference in the candidates.

“Some see Dunn as an older candidate with liabilities and don’t trust him.  They Hardemon as young and inexperienced, but are willing to give him a chance.  So I think a low voter turnout will result in a runoff between Dunn and Hardemon.”

That could very well be the case.

But there is a question of how the voters will vote in the recently included areas such as Belle Meade, other communities on Miami’s Upper East Side, Buena Vista and the other communities Whites and Hispanics form the majority.

While a low voter turnout is anticipated, White and His-panic voters in those recently added communities, who tend to favor Malone, could easily decide the outcome.

“I don’t know why they expect a low voter turnout, or why people don’t vote,” said Sister Patricia Desmuke, a resident of District 5.  “They’re (elected officials) going to do what they want to do anyway. You put them in office and what do they do? I haven’t seen any changes. And you never see them until election time.”

Therein lies a damning reality for the candidates, Miami’s entire Body Politic and the residents of District 5.

People in this District, like some others throughout Miami, live with the constant reality of being ignored and neglected when it comes to services and improvements in the quality of life in their community.

Hence, Colyer, Dunn, Hardemon and Malone have less than a week to convince voters that such negligent transgressions won’t persist after Nov. 5, there giving ample reason to overcome apathy and a low voter turnout.