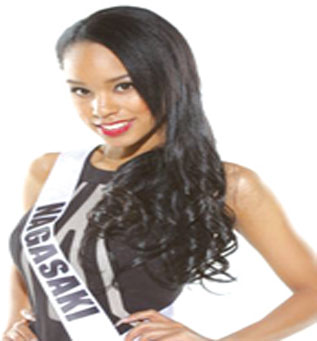 Miss Japan is half-Black, and a lot of people don’t like it

The crowning of Ariana Miyamoto on March 8, 2015 as Miss Japan was historical. Her modeling role didn’t just end there, as her win meant that she’ll be representing Japan in the Miss Universe pageant.

This is a reason for Japanese people to celebrate, because Miyamoto is indeed beautiful and has what it takes for the global competition. But that isn’t how every Japanese citizen is looking at it.

Sadly, to some in Japan, the whole issue is now boiling down to the model’s racial back-ground. Miyamoto has a Japanese mother and an African father. According to the Japanese culture, such a person is a “haafu,” and doesn’t provide an incontestable representation of the country. Of course, Japan is a known homogeneous country with only a small population of other races. But then again, the fact remains that Miyamoto is still Japanese.

Anthropology and Japanese Studies Professor Theodore Bestor of Harvard says that the reaction to Miyamoto’s role could be because of a widely held Japanese feeling that their culture isn’t accessible to outsiders.

Not every Japanese person is against Miyamoto being the face of the East Asian country, though. There are those who strongly feel that Miyamoto’s role to represent Japan in Miss Universe contest is good for the country.

“The controversy that has erupted over her selection is a great opportunity for us Japanese to examine how far we have come from our self-perpetuated myth of homogeneity while at the same time it shows us how much further we have to go,” says Megumi Nishikura, a Japanese who directed a documentary on mixed races in Japan.

Miss Japan is half-Black, and a lot of people don’t like it

Emi Foulk, a Japanese woman currently studying Japanese history at UCLA, says that Miyamoto’s role is a great development, and nobody should have expected anything less. A model, particularly one in a competing role, must look extraordinary, and that’s what Miyamoto represents.

Miyamoto’s case is quite common in different cultures. Although some may not explicitly admit it, a number of people don’t agree with being represented by someone who does not possess the common phenotype of the respective group. Even in the U.S., some half-Black Americans have expressed concerns about being ostracized by the Black community.

The best one can do, however, is to give Miyamoto a thumbs-up and hope that she succeeds in her journey.