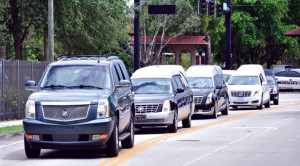 Historically America has had more than its share of violence, but when it comes to random acts of mass murder, modern day America is rapidly becoming under siege by such acts from coast to coast. Sadly, mass killings have become a part of our social fabric. And irrespective of race, age, gender, or socioeconomic status, violence has become all too common in society.

Although the lion’s share of media attention focuses on the horrendous mass killings as witnessed in areas completely diverse from one another from Orlando, Fla. to Charleston, S.C. and from Newtown, Conn. to our nation’s capital Washington, D.C. Regardless of where you live, work, or play, no one is immune from a potential act of violence.

Violence in and across America’s inner cities often does not receive the notoriety as the aforementioned mass killings which are splashed across the airways yet are no less insidious.

Such widespread acts of violence among youth within inner-city communities across Florida has garnered the attention of one notable organization and resulted in a concerted effort to draw attention to a problem which has reached epidemic proportions in some communities.

Tommy Hayes III, of Hayes Bros. Funeral Homes in Altamonte Springs and Eustis, Fla., is the current president of the Florida Morticians Association (FMA). He indicated that this effort was part of a national campaign instituted in major cities across America.

“We instituted last year in our convention in Orlando. We brought to the funeral directors’ attention the violence which is continuing to plague our nation. And we’ve also included on a national level the Stop the Violence rallies in Dallas, Tex., St. Louis, Mo., Richmond, Vir., Houston, Tex. Everywhere we have our national conventions it’s always been a part of the convention.”

Ironically, FMA, the organization comprised of those whose very business deals with servicing the deceased, recently joined forces to hold a “Stop the Violence” rally in Broward County to kick off its 92nd Annual State Convention.  Avis Gaines Boyd, who coordinated the event as chairperson, set the tone for the event during her welcoming remarks, decreeing, “We shall, we can, and we will stop the violence.”

Morticians from around the state, including Key West, Miami, Fort Myers, Altamonte Springs, and beyond, converged upon the streets of Fort Lauderdale on June 19, 2016 with a silent motorcade of hearses procession. The motor-cade began at the James C. Boyd Funeral Home along Sistrunk Boulevard, winding through the streets of Fort Lauderdale before reaching its final destination at the First Baptist Church Piney Grove in Lauderdale Lakes, Fla.

Terry Wright of Wright & Young Funeral Home in Miami recapped an earlier “Stop the Violence” rally which began in Miami earlier in the day.

“This was a combined effort; we started a rally in Miami at 10 o’clock this morning. We went from church to church – 10 different churches throughout the City of Miami – expressing, ‘Don’t take my life, let me live.’ Put the guns down. So we’re right here ready to start a rally today, memorializing those who have lost their lives to gun violence to make a stand.”

This marked the second anniversary of the event which drew support from members of the faith based community, law enforcement officials, politicians, civic organizations, and the community at-large, all of whom were present at the “Stop the Violence” rally held at the church.

Sabrina Fulton, the mother of the late Trayvon Martin, the teen whose life was cut short by vigilante George Zimmerman, addressed the peace rally.

“To this day I still don’t understand why my 17-year-old son is not here with us. I still have problems with under-standing the whole thing about gun violence and why we have to go through this.

“I’m starting to understand that this is not about me and it’s not about Trayvon. It’s not our fight. We fight this battle for God. And we have to stand tall, even though it hurts us. I don’t know how many parents here have lost a child but it’s a daily fight.

“What I’m asking you to do. What I’m challenging you to do is to make sure that you’re connecting yourselves with not only your children but other children as well because everybody needs somebody,” Fulton added.

One of the most poignant moments during the peace rally occurred when the diminutive six-year-old granddaughter of Avis Gaines Boyd, stepped up to the podium and said, “Please stop the violence so I will have a chance to grow up. Our lives do matter. My name is Jaeliana Sullivan and I approve this message.”

Oftentimes in communities of color there is an adversarial relationship between law enforcement and young people in those communities. Broward County Sheriff’s provided one proposal aimed at rectifying the problem.

Col. Alvin Pollack of the Bro-ward Sheriff’s Office said his agency also has implemented a summer gun safety program as well as gun buyback program scheduled over the next several months.

“Today means a lot to us in law enforcement. Here in Bro-ward County we’re making headways. We’re bringing the educational part of it to our community. When you see the community come together to support law enforcement, we can win this battle. Let’s continue to tell these kids to put the guns down because we’re losing too many lives.”

Rev. Dr. Derrick J. Hughes, pastor of First Baptist Piney Grove Church, addressed the church, offering up his appraisal of the situation from a biblical perspective.

State Senator Chris Smith offered a sobering reminder of just how critical gun violence had become in many communities of color nationwide.

“It’s amazing I’ve never seen McDonald’s promote dieting. I’ve never seen Budweiser pro-mote sobriety or the NRA pro-mote the end of gun sales. But it’s so great to have morticians stand up and say, ‘We get enough business. We get enough that have gone home. We’ve got too many who are sent home in our communities.”

Richard A. Kurtz, Mizell-Kurtz Funeral Home Chairman of the Board of FMA, voiced the opinion of many of his fellow morticians gathered at the rally.

“We’re tired of the senseless killing of our young Black people and who would know more about that than the under-takers who bury them. So we hope this will be a warning to the community so that we can have an impact and stop some of this violence, “said Kurtz.