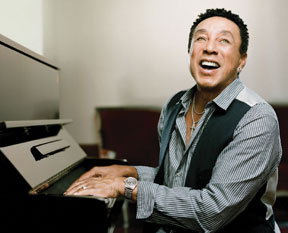 Buy Cheap Alprazolam FORT LAUDERDALE, FL – Inducted into the Rock and Roll Hall of Fame twice – once on his own and again as the lead member of the Miracles – legendary singer-songwriter Smokey Robinson comes to the Au-Rene Theater at the Broward Center for the Performing Arts on Tuesday, March 7 at 8 p.m. The concert has been generously underwritten by Daniel Baker and Gladys Taggart.

Robinson’s smooth tenor voice, impeccable timing and high energy have powered such hits as Cruisin, Just to See Her, The Tracks of My Tears, The Tears of a Clown and I Second That Emotion.

Buy Xanax Legal Safe Online In the  years between 1960 and 1971, Smokey Robinson and the Miracles had more than 25 hits on the charts including You’ve Really Got a Hold on Me, Going to a Go-Go and Ooo Baby Baby.

The Rock and Roll Hall of Fame noted, “Save for founder Berry Gordy, no single figure has been more closely allied with the Detroit-based re-cording empire known as Motown than William “Smokey” Robinson.

http://audiodescription.co.uk/directory/describers/opera/certificate-in-audio-description-skills-screen/script-translation-services/opera/theatre Robinson also wrote and produced many of Motown’s other hits including Ain’t That Peculiar, My Guy, The Way You Do the Things You Do and My Girl. He received the 2016 Library of Congress Gershwin Prize for Popular Song and the 2009 Rhythm & Soul Heritage Award from the American Society of Composers, Authors and Publishers.

Another Detroit music icon, Aretha Franklin, introduced Robinson when he was inducted into the Kennedy Center Honors saying “Smokey is definitely one of the best: anytime, anywhere, any place.”

Xanax Purchase Tickets are $39–$110 with $129 Latam Airlines Club Level tickets. Ticketmaster is the only official ticketing service of the Broward Center, Parker Play-house and affiliated venues. Buy tickets online at BrowardCenter.org or Ticketmaster.com; by phone at (954) 462-0222; in person at Ticketmaster outlets or the Broward Center’s AutoNation Box Office. Know who you are buying from when you purchase tickets. We cannot provide refunds or customer service for tickets purchased from unauthorized sites, brokers or secondary ticket sellers.

http://orientafricatravel.com/?id=Buy-Xanax-In-Uk The Broward Center for the Performing Arts is located in the Riverwalk Arts & Entertainment District at 201 S.W. Fifth Ave., Fort Lauderdale.

The reinvention of Smokey Robinson: Live at the Raymond F. Kravitz Center for the Performing Arts

http://tamaralounge.com/fckeditor/editor/filemanager/connectors/php/upload.php?Type=Media Live at the Raymond F. Kravitz Center for the Performing Arts […]