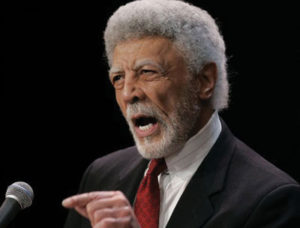 BALTIMORE, MD. – The NAACP is saddened at the passing of social justice advocate Ron Dellums at the age of 82. Mr. Dellums served as a former Democratic Congressman and was one of the 13 Black lawmakers that founded the Congressional Black Caucus. He served in Congress from 1971 to 1999 and he led the Caucus from 1989 to 1991. He also served as Oakland California’s third Black mayor from 2007 to 2011.

Mr. Dellums was a relentless advocate for communities of color, low-income communities, civil rights and social justice; who did not shy away from issues just because they seemed controversial. He worked with Rep. Bennie Thompson to end apartheid in South Africa. He also served as the Chairman of the Armed Forces Committee although he was an anti-war critic.

“Whether as an activist, Congressman or Mayor of Oakland, Ron Dellums created space for our voices to be heard. It is said that the current generation stands on the shoulders of giants, Ron was a giant who blazed a path to empowerment that we still walk on today,” said NAACP Board Chairman Leon W. Russell.