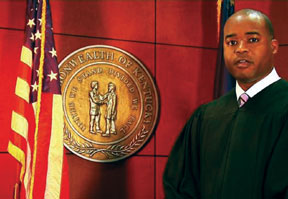 http://grosirrumahan.com/tag/grosir-celana-cargo-murah http://bandarbaju.com/dating-a-senior/dating-senior      BALTIMORE, MD — Attorneys with the National Association for the Advancement of Colored People (NAACP) have written to the Kentucky Judicial Conduct Commission (KJCC) in support of Judge Olu Stevens, a Jefferson County Circuit Court judge who has been suspended after refusing to allow jurors to be selected from nearly all-white jury panels in criminal cases in Louisville.  Judge Olu Stevens is scheduled to appear before the commission on Aug. 8, 2016.

In the letter, the NAACP maintains that racial and ethnic diversity on juries considering criminal cases is of critical importance in our multi-racial and multi-ethnic society, as jurors from different back-grounds often bring different perspectives to the evidence presented to them in court.

How To Buy Xanax In Australia The NAACP has both submitted a letter to the KJCC and, along with the National Bar Association (NBA), submitted an amicus curiae brief to the Kentucky Supreme Court in support of Judge Stevens.

In presiding over jury selection in criminal cases assigned to him, the NAACP believes Judge Stevens has exercised his judicial discretion in determining that the jury panels in those cases were not representative of the racial diversity in the community of Louisville.  He dismissed nearly all-white jury panels in favor of panels that were more reflective of the diversity within the Louisville community, and the petit juries were ultimately selected from those panels.

“This is an issue of great importance for the NAACP,” said Cornell William Brooks, NAACP president and CEO. “Jury diversity is critical to ensuring defendants, and the public at large, that the criminal justice system is capable of being impartial and fair to all persons.”

When his actions were challenged by the Common-wealth’s attorney, Judge Stevens made public statements on social media and elsewhere emphasizing the critical importance of ensuring racial diversity on jury panels in criminal cases involving African-American defendants, and questioning the motives of the Common-wealth’s attorney in challenging the steps taken by Judge Stevens to ensure such diversity.

For these actions, Judge Stevens was suspended from his seat on the bench in April pending a hearing before the KJCC next week.

Online Xanax Reviews The NAACP strongly supports Judge Stevens’ efforts to ensure that the guilt or innocence of defendants in criminal cases –especially African-American defendants – is determined by juries that are broadly representative of the local community. The NAACP also maintains that Judge Stevens’ statements on matters of substantial public concern in his courtroom are supported by the First Amendment, and do not warrant disciplinary action.

Purchasing Xanax Canada In January 2016, the NAACP, along with the NBA, filed an amicus brief in the Kentucky Supreme Court in the matter of Commonwealth of Kentucky v. James Doss, one of the criminal cases in which Judge Stevens dismissed a nearly all-white jury panel.  In that case, the jury acquitted the defendant of the crime charged.

http://bisnisbajumu.com/tag/bisnis-rumahan-ikan-nila Judge Stevens’ case will be heard by the Kentucky Judicial Conduct Commission on Aug. 8, 2016.