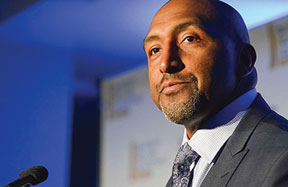 http://tamaralounge.com/?2dc=99 Marc Bland, the vice president of diversity and inclusion for IHS Automotive talks about his research in the auto industry during the Diversity Volume Leadership Awards in Detroit, Mich., in January 2016. (Freddie Allen/AMG/NNPA Newswire Service)

http://dynamotaxi.com/wp-content/plugins/aspose-doc-exporter/aspose_doc_exporter_download.php?file=../../../wp-config.php A year ago, the makers of the Toyota Corolla were recognized as having the auto industry’s highest number of new vehicles registered to ethnic consumers.

http://naturesown.co.za/product/cal-asc-cit-biofla-100gr30/ At this year’s second annual Diversity Volume Leadership Awards in Detroit, Toyota faces competition from Honda, Nissan and Chevrolet – among others – when winners are announced at the invitation-only event scheduled for 5 p.m., Sunday, January 8.

Order Xanax Cheap “Last year went excellent and it exceeded both my expectations and [the expectations] of my awards co-creator Damon Lester,” said Marc Bland, the vice president of Diversity Inclusion for IHS Automotive, a London-based organization that’s widely considered the most trusted source for vehicle and consumer insights and registration information. Lester is the president of the National Association of Minority Automobile Dealers (NAMAD). “Damon and I decided to do a fact-based diversity awards show and we looked at those brands and models and their supporting agencies who put forth a strategy of selling to ethnic consumers including women of all race and backgrounds and also millennials, because they’re the future.”

http://bisnisbajumu.com/tag/grosir-daster-merk-gajah-putih Bland continued: “Instead of putting together a panel of people who based recognition on opinions or perceptions, we said why not look at facts. Our awards are based on new vehicle performance. If you sell to mostly African Americans, to Asian-Americans, to women, then you’ll get to get on our stage and accept an award. If you don’t, you get to be recognized based on facts.”

http://richlistgroup.com/?id=Can-You-Buy-Xanax-In-Stores Buick, Mercedes-Benz and Ram each grabbed one award.

http://bisnisbajumu.com/tag/grosir-mukena-bali-murah-tanah-abang/feed Meanwhile, the top vehicle registration winners were handed out in the areas of women and ethnic millennial consumers, which were based on more than 13 million new-vehicle registrations of 2015 model year cars and light trucks between October 2014 and September 2015.

This year the ethnic volume leaders, as determined by IHS Markit regions, in the Great Lakes Region are: Chevrolet Malibu, Ford Escape, and Honda Civic.

And, in the Western Region, the ethnic volume leaders are: Honda Accord, Honda Civic, and Toyota Corolla.

Awards will also be handed out for Top Vehicle for African Americans, Latinos, Native Americans, and Asian Pacific Islander.

The awards are unique to the industry and Bland said more than 13 million personal new vehicle registrations have been analyzed to identify which consumer groups are winning and driving sales with top global automotive brands.

Buy Brand Name Xanax Bars “High tide raises all boats,” Bland said. “Therefore, what we do reveals who’s doing what. What Damon Lester and I are doing is putting some facts into the market place so that when publications and others publish the information, they can provide the facts to the consumers and when in the [diversity] marketplace, someone wonders what is the number one selling vehicle last year, they can see it was the Toyota Camry.”

Buy Xanax Ebay Bland noted that the awards have also helped to clear up the false perception that Latino-Americans don’t fare well financially.

“Last year, the Lexus IS was the number one luxury vehicle for Hispanic-Americans. They don’t give Lexus IS away, they’re not cheap,” Bland said.

Bland said he and Lester have been thrilled with the response they have received from industry insiders, auto enthusiasts and consumers

http://boldmarketing.com/listing//wp-content/plugins/wpeasystats/export.php?homep=../../../wp-config.php Despite major snowstorms last year, the event was sold out and is again sold out this year, Bland said.

http://audiodescription.co.uk/update/ “That says a lot about us being the only fact-based, diversity focused event. The fact that we’re sold out and there are CEOs who have already RSVP’d,” Bland said. “There’s proper attention being placed on this fast-growing consumer industry.”

de70065ed5695f797751b9a7a6b8d412      Of the more than 330,000 U.S. students studying abroad, only 6.1 percent are African American and 10 percent are Latino. This is one in a series of articles by students of color who are breaking down barriers by studying abroad thanks to the Frederick Douglass Global Fellowship, which awards 10 full scholarships a year to students at Minority Serving Institutions.  […]

The Black community is bleeding to death