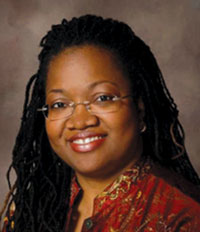 56c3bfb42b136b2140436840224515db BALTIMORE, MD – In 1954, Thurgood Marshall and a team of NAACP attorneys argued the landmark civil rights case, Brown v. Board, before the Supreme Court. They demonstrated to the Justices that segregated schools violated the Fourteenth Amendment’s Equal Protection Clause – that separate was and would always be unequal.

Our representatives are on the brink of instating a health care plan that epitomizes separate and unequal. Thirteen U.S. Senators – all white men – sat behind closed doors in Washington, D.C. and crafted a replacement to the Affordable Care Act (ACA).

http://artists-atelier.com/wp-cron.php?doing_wp_cron=1580932053.5165040493011474609375 Their proposed bill, the Better Care Reconciliation Act (BCRA), based off of the House’s American Health Care Act (AHCA), would only benefit people like themselves – healthy, wealthy white men – and quarantine the rest of the country into the confines of high cost, low quality health care.

Buy Liquid Xanax Online The Senate’s inequitable protection plan would dis-proportionately hurt the sick, the poor, the elderly, women, and people of color. It would make healthcare more expensive for seniors and people, who are already sick, increase out-of-pocket costs for doctor’s visits, slash subsidies to help low-income people pay for health insurance, and cut Medicaid support to states by nearly one trillion dollars.

Alprazolam Online Canada In more than twenty years as a health and social policy professional, I have witnessed the dire consequences of African Americans living without health care, and I have watched the ACA repair some of the most egregious inequities in our health care system. If the Senate bill passes, the impact will devastate, and, in many cases, will be lethal.

The current version of the Senate’s health care plan proposes to cut more than $834 billion from the Medicaid program over ten years and phase out additional funding for its expansion. At the same time, the bill proposes tax cuts of over $660 billion that will largely benefit high income individuals and big businesses – with 40 percent profiting the top one percent of earners. In effect, cuts to Medicaid for the poor and to premium subsidies for low-income people will serve to refund the rich.

Get Xanax Script Online The Senate’s plan grants several allowances to states that hold the potential for serious harm. The plan permits states to opt out of providing essential health benefits that made coverage under the ACA more comprehensive, such as maternity and mental health care.   States that opt out of providing these essential benefits would receive their share of $138 billion over ten years to help offset the states’ cost for covering those who need care most and thereby likely set up high-risk insurance groupings. This provision would incentivize states to mark up the cost of coverage for people with certain needs, ostracizing them to their own costly risk pool.

But the sick are not the only ones that the AHCA puts at risk. Under the new bill, low-income families and individuals would be significantly hurt by the cuts to Medicaid, which would kick 14 million enrollees out of the program. Proposed changes to Medicaid would mean that the Federal government would only fund 50 percent of the program (it funds 95 percent under the ACA) making it more unlikely for states to participate in the program. The increased costs would be hurtful to all elderly Americans, most of whom experience a decline in income, but they would be especially crippling to African American seniors, who experience poverty at twice the rate of their white counterparts.

The ACA cut the uninsured rate for African American adults by almost half between 2010 to 2015 and eliminated the inequity in uninsured rates between African American and white children. For the first time in history, thanks to the ACA, a Black child is no longer more likely to be uninsured than a white child. The new bill threatens to undo all of this progress. Suddenly, health care and insurance will once again be out of reach for many African Americans, nearly a quarter of whom were living below the poverty line in 2015.

The BCRA is an assault on the health of women of all races. The bill would prevent Planned Parenthood from receiving federal funding for one year, including Medicaid and Title X, despite its status as a source of care for services that women need, such as contraception and screenings for cancers and STDs.

Our nation does not need a new health reform law. The ACA is the most comprehensive legislative effort to improve and democratize health care access in our nation’s history. We need to bolster the ACA’s promises of progress, not regress to conditions that were unacceptable then and are indefensible now. We need Congress to develop policies that help prevent illness, better manage disease, and facilitate health and well-being in our society overall. Our government’s focus should be on repairing and strengthening the ACA, not replacing it-much less with a dangerous, divisive alternative. Join the NAACP on social media with the hash-tag #BeInTheRoom.