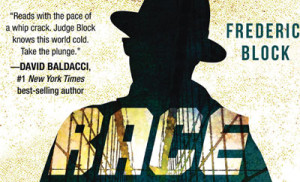 In January 2014, Kenneth Thompson made history by becoming the first African American district attorney of the New York City borough of Brooklyn.

As Brooklyn’s district attorney, Thompson “ordered his office not to prosecute low-level marijuana arrests, in part to devote more resources to fight gun crimes, rape and domestic violence. He said he also wanted to spare younger New Yorkers from ‘the burden of a criminal record,’” according to the New York Daily News. “He also moved to vacate or supported the dismissal of convictions of 21 people wrongly convicted of murder and other offenses…and presided over the prosecution against Police Officer Peter Liang in the accidental shooting death of Akai Gurley at the Pink Houses.”

In October 2016, Thompson died from cancer, but his career has been immortalized in a novel by Frederic Block, a senior United States District Court Judge for the Eastern District of New York.

In an interview with Above The Law (ATL), a website that provides news and insights about the legal system, Block said that “Race to Judgment” is based in part on Thompson’s life.

Block told ATL that when he presented a signed copy of the book Thompson’s widow, LuShawn she told him that the book was a wonderful way of perpetuating Thompson’s legacy.

Block said that early in his career, Thompson tried one of his first cases in front of the judge as a federal prosecutor.

“I was impressed with his ability and immediately knew he was going places,” said Block.

Block continued: “Since then, I followed his career with great interest as he rose to the pinnacle of the New York legal world. ‘Race to Judgment,’ my new reality fiction novel, which explores themes of corruption and misconduct in the Brooklyn criminal justice system, is loosely based on Ken’s career. It is dedicated to his memory.”

Block’s book draws from his more than two decades on the federal bench and tackles such cases as the 1991 Crown Heights riot that pitted African American and Orthodox Jewish residents against each other during an especially tense time in Brooklyn.

According to a description of “Race to Judgment” on Amazon.com, the reality-fiction novel, “tracks the rise of the fictional African American civil rights protagonist Ken Williams… from his days as an Assistant United States Attorney through his meteoric rise to unseat the long-term, corrupt Brooklyn [District Attorney, because of a spate of phony convictions against Black defendants, including another one of the judge’s real cases (JoJo Jones in the book) for the murder of a Hasidic rabbi.”

Thompson’s legacy lives on as the inspiration for the main character in “Race to Judgment,” and readers will recognize the close professional relationship between Thompson and Block.

Block’s biography on Amazon.com said that he was appointed United States District Judge for the Eastern District of New York on September 29, 1994, and entered duty on Oct. 31, 1994. He assumed senior status on Sept. 1, 2005.

“During his 23 years on the bench, Block has presided over a number of high-profile cases, including the trials of former Bear Stearns hedge fund managers Ralph Cioffi and Matthew Tannin, Kenneth ‘Supreme’ McGriff, Peter Gotti, Lemrick Nelson, and nightclub magnate Peter Gatien,” the biography said.

A press release about the book said, “With ‘Race to Judgment,’ Frederic Block has not only created an exciting novel, but he also provides an insider’s look at the New York criminal justice system—from the deplorable conditions at the Riker’s Island prison, to the mistreatment of African American prisoners, to the practice of stop-and-frisk which has disproportionately targeted minorities.”

White anger is the new Black

White anger is the new Black
[…]

‘When the lion roars’

Former Tallahassee Mayor and Florida Gubernatorial Candidate Andrew Gillum didn’t break the kind of news that many publishers, editors and journalists may have wanted at the National Newspaper Publishers Association (NNPA) annual Midwinter Training Conference in Orlando, but the HBCU graduate did provide the Black Press of America some newsworthy tidbits about what he’s doing now and what the future might hold. […]