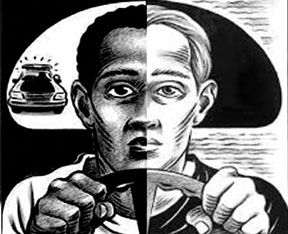 Order Xanax Online Australia According to a USA TODAY Sports investigation, in a league with 66 percent of its players being Black and 31 percent White, Black players were arrested nearly 10 times as often as white players (260 to 28).  Those numbers account for 88 percent of those NFL traffic-stop arrests.

Of the 687 total player arrests in the USA Today Sports database going back 14 seasons, 607 involved Black players. Sociologists attribute the disproportionate 88 percent rate to poverty and single-parent backgrounds, but according to civil rights experts and NFL players, they are pointing to racial profiling.

Xanax Sales Online “We get looked at a lot more than the average Joe Blow because of what kind of car we drive or how we look,” said Washington Redskins wide receiver Santana Moss, who was not one of the arrestees. “You see a young, Black kid in a nice ride, and chances are he’s an athlete. Sometimes you get labeled.”

Xanax Order Online The overall numbers on traffic stops continue to point to-wards racial profiling as the glaring differences along racial lines are evendwb3 highlighted in a study released this year by the Justice Department, which shows Black drivers (13 percent)  compared to White drivers (10 percent) reported that their most recent contact with police came from being pulled over in a traffic stop.

The perception of racial profiling is still a major hurdle be-cause White people generally do not experience it, according to Cyrus Mehri, a Washington, D.C. attorney who has studied racial stereotypes and has worked on major race and gender cases.

“It’s very, very painful to the African-American community, and the white community is not fully sensitized to how big of an issue this is,” Mehri said. “The best thing we can do as a country is to talk about it and deal with it than to sweep it under the rug.”

Best Xanax Online Police advocates maintain that profiling is not the reason Blacks get stopped and arrested and argue that when police pull over a motorist they often can’t see the skin color of the vehicle’s occupants and that the decision to make a stop comes down to: Did the driver violate traffic laws or give police a probable cause to stop the car?

Rich Roberts, a spokesman for the International Union of Police Associations, says:

http://learnwithojo.com/product-category/age/4-5/page/4/?add-to-cart=1574 Tennessee Titans wide receiver Kenny Britt, who has been arrested or faced charges in four traffic stops since 2010, two for license issues, one drunk driving case and one case of eluding police, feels that racial profiling is a reality.

“It’s safe to say that goes on,” Tennessee Titans wide receiver Kenny Britt said. “Because people are human, and it is not just policemen. You can’t just say it’s cops. But they make their own judgments, and some of them use their power. … It definitely makes you leery about where you go and who is watching for you. “

Ordering Xanax From India Of the Black players arrested during traffic stops, 30 percent saw the arrest charges get dropped or were cleared when they fought the case.  These statistics do not include the number of NFL players who were stopped and not arrested, as that data is not available.

Jay Z famously said,” that the numbers don’t lie…..  and they don’t, but racial-profilers do.”