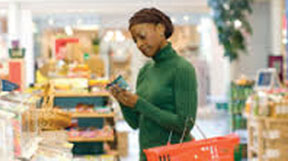 Despite a plethora of economic and social challenges, African Americans remain among the most optimistic consumer groups in the nation’s economy.

A recent report by the market research firm, Packaged Facts, revealed that nearly half (47 percent) of African Americans believe they will be better off financially 12 months from now.

The report, titled, “African Americans: Demographic and Consumer Spending Trends, 10th Edition,” found that just 37 percent of ‘other Americans’ are as optimistic.

Also, revealed in the report, affluent Black Americans hold especially strong convictions about how their financial future will unfold, although the abiding optimism of African Americans transcends income levels.

“For African Americans, optimism is not tied to their affluence or wealth, but to their faith,” said Princess Jenkins, an entrepreneur and founder of the nonprofit “Women in the Black,” an organization that assists female Entrepreneurs. Jenkins also owns the Brownstone Lifestyle Boutique in New York. “We have survived yet another inescapable era and come out on the other side of it better, brighter, informed and with affordable health coverage for our families.”

Jenkins continued: “I have benefited from the consumer optimism shared by those in the Packaged Facts report because, in the aftermath of the presidential election, Blacks feel that the economic growth engines put in place under the eight years of President Barack Obama have started to pay off.”

Jenkins said that Black people have rode the economic downturn, the fall of Wall Street, the threatened closure of the auto industry and the mortgage crisis and have finally emerged on the other side and the cloud has lifted.

The 2016 Nielsen Consumer Report showed that the spending power of African Americans has exceeded $1 trillion.

The spending power is just one reason for the optimism, Packaged Facts noted.

The reasons for the steadfast confidence of African American consumers are many and complex, the report’s authors said.

To begin, despite the growing chasm between the very rich and the rest of American society, there are strong empirical reasons for African Americans to believe that up-ward mobility remains achievable for them.

Key social and economic indicators point to a significant increase in the number of middle and higher-income African Americans over the past decade.

There are now nearly two million Blacks who earn at least $75,000 annually.

The confidence of Black consumers may also stem from the “Obama effect,” a phenomenon that among other things sparked renewed optimism among African Americans based on their pride in the election of the country’s first Black president.

A Packaged Facts analysis of trends in the consumer confidence index of Simmons National Consumer Study data has found a factual basis for this hypothesis.

In 2007, Blacks were less likely than other Americans to be ranked as “highly confident” consumers (20 percent vs. 25 percent).

By 2009, the year after the election of President Obama, the positions of each segment had reversed, as 26 percent of Blacks and just 17 percent of other Americans were classified as “highly confident” consumers.

By 2013, following the re-election of President Obama, 42 percent of Black consumers were rated as “highly confident” compared to just 28 percent of other American consumers.

More recent trends suggest that the Obama effect may in fact have been in play in recent years, at least when it came to boosting the optimism of Black consumers.

“I work with African American entrepreneurs each day who believe that they can create opportunity and generate profit. Words like hustle, ingenuity, faith, and luck almost always trump fear and pessimism,” said Lyneir Richardson, the director of the Center for Urban Entrepreneurship and Economic Development, a research and practitioner-oriented center at Rutgers Business School in Newark, New Jersey.

Still, it’s vital that African Americans continue to keep their money flowing within the com-munity, said Samson Adepoju, the founder and CEO of Salon Your Way in New York.

“African Americans should invest part of their money back into local Black businesses and, if there isn’t one in a particular area, start one up,” Adepoju said.

“Financial education is crucial and a lot of our money can be invested in stocks and bonds. Rather than spending $350 on a pair of Air Jordan’s, why not buy Nike stock, which is about $50 per share? That way, you can actually own a piece of Nike,” he said.

Despite the optimism, some have expressed caution, because there’s still a large swath of the Black community that’s unemployed or underemployed.

“It’s a little troubling to see such strong optimism from the African American community while our unemployment rate has grown to 14.1 percent,” said Steve Burton, who started his first E-Commerce business at 18, which allowed him to invest in music.

Burton, who started a business to license music for television shows and movies for FX, Disney, Lifetime and BET, owns PerfectTux.com.

“I believe that we are in a time where African Americans are starting to realize the impact of their own buying power and the importance of spending wisely, building wealth, and starting businesses,” said Burton. “These factors would lead to optimism that transcends income levels, because when you know better, you do better.”

‘The Bible is more exciting than any soap-opera’

‘The Bible is more exciting than any soap-opera’