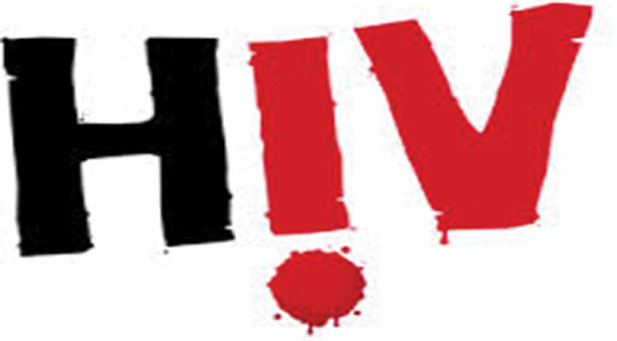 Outsmarting a SMART virus http://bandarbaju.com/distributor-setelan-dena-cp-anak-perempuan-karakter-terbaru-murah-di-bandung-mulai-rp-21-000.html (HIV) in 2014 and beyond

http://bisnisbajumu.com/2018/02/sentra-grosir-celana-kulot-kashibo-wanita-dewasa-murah-32ribu.html      Since 1981 the Human Immunodeficiency Virus or HIV has been waging a battle against humans and to date it is winning, at least in Florida. Can humans outsmart a SMART virus that does not discriminate?

HIV can be considered a SMART virus for various reasons.

Buy Xanax Europe HIV is very specific. As the name implies, HIV needs you- humans- in order to accomplish its goal of causing immune functions to be deficient. Once HIV is permitted to enter the body via blood, sexual fluids, and/or breast milk, it attacks and wrestles with the immune system’s best line of defense, the white blood cells, fights them and besieges them.

http://tamaralounge.com/?y=Order-Alprazolam-From-Mexico Like the pod creatures in the movie “Invasion of the Body Snatchers”, HIV takes over the cell, kills it and begins replicating. One HIV becomes two, then four and eight and before you know it, in a few weeks to a few months, what was once a strong immune or defense system is now a broken down, yet fully-operating virus factory. HIV needs humans specifically in order to survive.

Alprazolam Online Europe However, if a person tests positive for HIV and doesn’t receive treatment or has HIV and does not know it HIV can continue to multiply and defeat white blood cells and wipe out the immune system, causing the person’s T-cell count to be reduced to 200 cells/mm3 or less.

http://grosirrumahan.com/pabrik-piyama-anak-terbaru-murah-surabaya-45ribuan.html A diagnosis of AIDS can be made if a person is living with HIV and has a T-cell count of 200 cells/mm3 or less even in the absence of AIDS-related opportunistic infections and conditions. T-cell count makes HIV’s destruction of the immune system measurable.

http://bandarbaju.com/tag/gamis-murah-grosir-surabaya Untreated HIV infection can result in morbidity or mortality. Hence, the goal of HIV- to destroy the immune system- is attainable. More than 18,000 people with AIDS in the U.S. still die each year according to the Centers for Disease Control and Prevention (CDC).

The goal of HIV is very realistic. HIV is real. Even a person living with HIV who has unprotected sex with another positive person can get a different strain of the virus. According to the most recent statistics, every 11 minutes someone is infected with HIV and 1.1 million people are thought to be living with HIV in the U.S. According to the Florida Department of Health August 2014 Monthly Surveillance Report, as of 2014 Broward County ranks #2 in the state of Florida for number of reported HIV/AIDS cases and as of June 30, 2014 Florida ranks second in the nation for cumulative pediatric AIDS cases (1,571). The impact that HIV has had and remains to have on the people living in Florida is real.

HIV is certainly tangible.  As of July 31, 2014, Broward County has 17,938 presumed living HIV/AIDS cases. The SMART virus has in some way touched the lives of everyone including service providers, caregivers, families, educators, and persons living with HIV.

HIV has been a worldwide epidemic for nearly 33 years and racial and ethnic minorities have been disproportionately affected by it since its beginning.  Humans in no way want HIV to be a timeless virus.  Although for HIV, its efficacy has always been now.

It would be both unrealistic and impractical to ask humans to stop being human in order to thwart the goal of HIV. To outsmart HIV, humans will have to use their intellect and apply what they know about HIV and behave as if they are aware that HIV can lead to death. Surely each person knows that he or she is going to die of something someday, but it does not have to be from HIV/AIDS or something that is preventable.

http://tamaralounge.com/wp-cron.php?doing_wp_cron=1581087395.7147901058197021484375 Echoing the National Black HIV/AIDS Awareness Day mot-to, to outsmart an unarguably SMART, virus humans have to “get educated, get tested, get involved, and/or get treatment.” In other words, humans will need to live smart and change their behaviors.

Don’t share needles for intra-venous drug use, body piercings or tattoos. If you are a pregnant mother, make sure you receive treatment during your pregnancy and do not breastfeed your baby- use formula instead.

http://boldmarketing.com/listing/3355-crystal-bay-road-orono/ Get tested. Get tested if you are pregnant, breastfeeding, not always using a condom, and/or sharing needles and syringes. Getting tested for HIV enables people to know their status, protect their sexual partners, and get linked to care. Everyone should know their HIV status.  Minors (persons between the ages of 13 and 17) who seek testing for HIV do not need parental consent to be tested. They may give their own informed consent.

Steroids Xanax Buy Furthermore, a person who tests HIV-positive may continue to have a normal amount of T-cells if he/she receives treatment. Treatment helps a person living with HIV maintain a healthy T-cell count and also helps to reduce the viral load.

Get involved.  Encourage your friends, colleagues, and loved ones to get tested.  Draft an HIV educator to speak with a group (e.g., youth group, church group, etc.) in YOUR community about HIV/AIDS. Become a Lay Health Advisor (LHA) or volunteer health ambassador in your community and educate others about how to outsmart HIV. Recruit as many LHAs as it takes to reach the community.

Best Online Site To Buy Xanax Healthy Mothers, Healthy Babies Coalition of Broward County, Inc. (HMHB) is working collaboratively with a number of organizations in Broward County to educate and provide resources to reduce or help stop the casualties of HIV. The purpose of HMHB Closing the Gap program funded by Florida Department of Health, Office of Minority Health is to reduce racial and ethnic health disparities by helping to increase knowledge and change behaviors of women and men on health issues such as HIV and AIDS known to impact healthy birth outcomes.

http://bandarbaju.com/sentra-grosir-celana-jeans-panjang-pria-murah-bandung-60ribu.html Get treatment. HIV is no longer thought of as a death sentence. You can actually fire back with treatment. The goal of HIV treatment is to stop HIV from damaging the body’s immune system by preventing replication of HIV. Treatment with antiretroviral drugs is not a cure for HIV/AIDS, but it can prolong and improve the quality of life for a person living with HIV. Thanks to Antiretroviral treatment perinatal HIV transmission or mother-to-child transmission has significantly declined in the U.S.

Surrendering to HIV or throwing up a white flag is not an option. There have been far too many casualties in the battle against HIV. Outsmarting HIV can prevent morbidity and infant deaths, saving the lives of our most innocent bystanders- babies- and their mothers. It’s possible to win the war before there is a cure, but this won’t be achieved if humans behave like sleeping dummies. Knowing about HIV/AIDS is not good enough. Humans will have to wake up (always know their HIV status), live smart (get tested, get involved, get treatment), and change their behaviors in order to outsmart HIV.