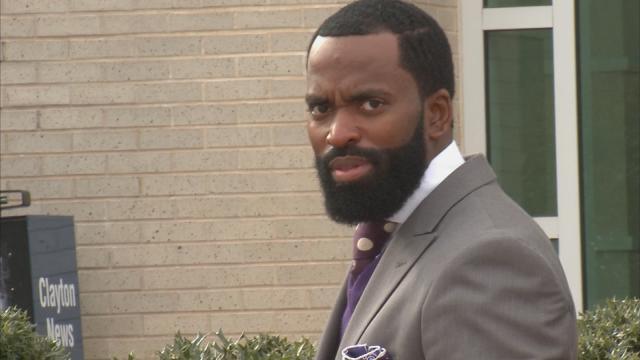 The trial for Pastor Craig Lamar Davis (pictured), who was arrested back in 2012 and charged with reckless conduct for allegedly knowing he had HIV and spreading it to several of his congregants, continues in Clayton County, Ga. On Thursday, Davis was placed on the stand to testify in front of jurors, according to CBS Atlanta.

The preacher, who testified he was diagnosed with the virus that causes AIDS back in 2005, reportedly denied having an unprotected sexual tryst with one of two women. According to Davis, he told the unidentified woman about his HIV status. The woman, on the other hand, insists that Davis is lying, because she never knew he was infected with the virus.

One of his other alleged victims, Ronita McAfee, who claimed she even had sex with Davis at his marital residence at the time, revealed to the court the many alleged details of their affair. McAfee also testified that she never knew about Davis’ HIV status but learned a year after their affair that she, too, had contracted the virus.

The now-divorced 38-year-old Davis, who had been connected to Atlanta’s Full Gospel Baptist Church, denied having had sex with McAfee, though. He also claimed that the woman is unbalanced, telling jurors, ”When I found out how crazy she was, I cut her off on my Facebook page.

John Turner, Davis’ attorney, told jurors the state can’t prove that the alleged sexual encounter between his client and McAfee occurred, “It’s his [Davis] word against her word,” Turner said. The attorney also told jurors McAfee is delusional about her relationship with Davis stating, “In fact what I’m going to show you and the evidence is going to show you that the woman is a nutcase.”

Turner also made a brow-raising statement in the courtroom even after his client had already openly admitted to his HIV status and treatment process for it, “When they tell you that he tested positive for HIV. What that means is that there is an assumption that he is HIV-positive. There is no test that can measure that on the face of this earth.”

Davis’ lawyer plans on calling upon a chemist who helped to create one of the first HIV tests to disprove the accuracy of the current ones on the market.

Henry Lloyd, Jr. was born on March 6, 1940 in Fayetteville, North Carolina to Marie Lloyd and Henry Lloyd, Sr. The second of six sons, Henry grew up an inquisitive and active child. […]

Florida State Representative Perry Thurston and his wife Dawn are proud of their children Alison who just graduated from Princeton University in New Jersey, while son Trey graduated from South Plantation High School. […]