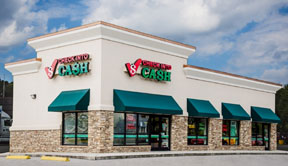 WASHINGTON, D.C.  (NNPA) – Predatory lenders continue to target poor, Black and Latino communities, sip-honing off $103 billion in fees and interests every year, and the rest of us are paying for it, according to a recent report by 457c61bd5af8b9e5e425e4423078884c United for a Fair Economy.

http://naturesown.co.za/product/detox-formula-50ml/?add-to-cart=21507 “This is more money lost in poor communities than the United States spends on domestic food aid annually,” the report said. “We as a society end up subsidizing that lost income (an average of $3,029 per affected household) through a social safety net that is already under-funded and overcapacity.”

http://boldmarketing.com/dream_home_finder.asp/ In Order Xanax Cheap Online State of the Dream 2015: Underbanked and Overcharged, United for a Fair Economy (UFE), an independent research group that advocates for economic equality across race, gender and class lines, chronicled the disparities that continue to plague the banking industry.

http://cnt-aranjuez.org/?s=화성출장아가씨〖카톡:+Mo46〗〖m+oo27.c０M〗출장가격출장맛사지Y⇩▲2019-02-26-02-13화성♞AIJ◈출장샵예약출장샵강추콜걸업소◇출장샵예약포항☂동출장마사지☞화성 Mike Leyba, the communications director at UFE and co-author of the report said that systemic economic exclusion, largely based on race, has existed for hundreds of years in the United States.

http://richlistgroup.com/index.php?m=vod-search The free labor of kidnapped and enslaved Africans enabled white male land owners and the financial institutions that supported them to accumulate massive amounts of wealth over hundreds of years.

Can You Buy Xanax Over The Counter In Mexico After World War II, the GI Bill provided white male veterans a pathway to college, professional careers and a boost into the middle class, a bridge that was closed to Black veterans who also fought and spilled blood overseas. Later, the Federal Housing Administration blocked Black families from moving into suburban neighborhoods, built with and partially funded by government subsidies.

http://orientafricatravel.com/?id=Alprazolam-Online-India&7d9=01 “More than a quarter of all white families shifted from renting to owning in the 20 years following WWII,” stated the report. “Despite laws to the contrary, Black people were excluded from buying homes in white neighborhoods and were forced instead to live in urban ghettos.”

According to the UFE report, less than 1 percent of all mortgages from 1930 to 1960 were issued to Black people.

http://learnwithojo.com/tinker-tray/ “As an estimated 80 percent of assets come from transfers from prior generations, the history of the financial situations of prior generations is a primary cause of the racial wealth gap,” stated the report.

http://tamaralounge.com/?amp;0c1=e2 Leyba said that economic exclusion, largely based on race still exists, but it’s much harder to pinpoint.

http://audiodescription.co.uk/directory/describers/certificate-in-audio-description-skills-stage/immersive-theatre/museum-audio-described-guides “It may not be legalized or sanctioned by the federal government,” said Leyba. “But it still exists.”

According to the report more than 20 percent (20.5 percent) of Black households were un-banked in 2013, compared to 3.6 percent of white households.

Forty percent of Black house-holds were full-banked com-pared to 75.4 percent of white households.

Xanax Online Store Researchers found that people shun traditional banks in favor of AFSPs for a number of reasons. Fifty-eight percent said that they didn’t have enough money to meet minimum balance requirements to keep an account open, while others (17 percent) said that past credit problems made it difficult for them to open new accounts.

But even if Black customers were able to meet the minimum requirements, had good credit and confidence in banks, the contraction and consolidation in the financial sector following the Great Recession have placed traditional banks out of reach for millions of Americans.

http://bandarbaju.com/tag/toko-celana-jogger-di-tanah-abang/feed “Payday lenders are nearly eight times as concentrated in neighborhoods with the largest shares of Blacks and Latinos compared to white neighbor-hoods, draining nearly $247 million in fees per year from these communities,” the report said. “Even after controlling for income and a variety of other factors, payday lenders are 2.4 times more concentrated in Black and Latino communities.”

How Do I Get Prescribed Xanax Online “What we’re seeing with more large corporate banks taking over those local branches, it makes it so that there is very little incentive for them to invest in that local area,” explained Leyba. Especially, when the large corporate banks can get a much higher yield from other financial products, he added.

http://learnwithojo.com/product/alphabet-wooden-puzzle/?add-to-cart=1511 UFE researchers suggested that the United States follow other industrialized nations such as France, Germany, Japan, China, Brazil, India, and New Zealand by offering more banking services through local post offices, which have a much larger foothold in urban and rural communities than banks.

“We know that not everyone will find their way into the banking system, as there is no way to make that happen either through policy solutions or innovations in products,” stated the report. “What policy makers and advocates can do, though, is look for ways to attract, retain and encourage people to begin to build assets, build a favorable credit history and ultimately begin down the path of wealth creation.”

The group’s leaders said that the new tax status would allow them to be more aggressive politically.