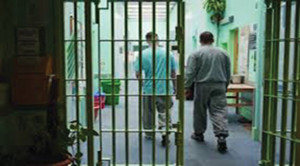 Most of the prisoners were behind bars for non-violent drug-related offenses: at least 74 of the 95 commutations involved possession or distribution of either crack or cocaine, nine involved only meth-amphetamine, five involved only marijuana, and five others involved un-specified drugs.

Another two of the commutations were for non-drug-associated crimes: one involving armed bank robbery and another involving possession of a firearm by a convicted felon.

The President also used his constitutional power to grant pardons to an Ohio physician convicted of counterfeiting in 2002 and a New Kent, Va., woman convicted of aiding and abetting bank fraud.

The commutations were the third set President Obama has given this year and the most awarded at one time. In all, this administration has granted 184 commutations, which exceeds the total grants by the previous six presidents combined.

The commutations are part of the White House’s clemency initiative – launched in 2014 – which reflects President Obama’s commitment to criminal justice reform, including parity in sentencing.

“American presidents have had the power to show mercy since the founding of our Republic. President Obama is the first president in decades to use it as the founders intended,” said Julie Stewart, president and founder of Families Against Mandatory Minimums, in a statement. “For that reason, we commend him for showing more mercy than his predecessors. But his work is not done…. Far too many others are still serving excessively long sentences that should be commuted as well.”

Under the clemency initiative, qualified federal prisoners were encouraged to apply to have their sentences commuted. But of the 36,000 offenders that have applied, fewer than 200 have received clemency in the past two years, according to the Lawyers’ Committee for Civil Rights Under Law, which helped coordinate the efforts of attorneys who have been working pro bono to assist those prisoners.

The group is calling on the administration to intensify its efforts and is also charging Congress to play its part in reforming the nation’s racially unjust criminal justice system, including its archaic, counter-productive sentencing laws.

“Legislation to reform these laws have drawn unprecedented bipartisan support, such as the Sentencing Reform and Corrections Act of 2015, S. 2123, passed by the Senate Judiciary Committee in October,” said Jon Greenbaum, chief counsel for the Lawyers’ Committee, in a statement. “The House Judiciary Committee passed a similar bill reforming federal sentencing laws in November. Both chambers need to bring these bills to the floor as soon as possible in 2016.”