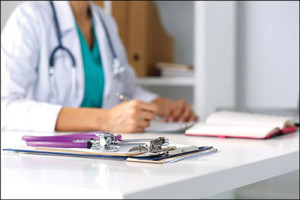 Quantity over quality? Minorities shown to get an excess of ineffective care

Minority patients face a double whammy: Not only are they more likely to miss out on effective medical treatments than white patients, but, according to a new study, they’re also more likely to receive an abundance of ineffective services.

The study, published in the June is\sue of Health Affairs, examined 11 medical services identified as “low value” by the ABIM Foundation’s Choosing Wisely initiative. That program pin-points unnecessary, overused medical tests and treatments in an effort to reduce waste and avoid needless risk in the health care system.

Researchers analyzed Medicare administrative data from 2006 to 2011 for beneficiaries in the traditional Medicare program who were 65 or older among Black, white and Hispanic groups.

Among the low-value services that researchers studied, Black and Hispanic beneficiaries were significantly more likely to receive many of them than were whites. For example, 17.4 percent of Black patients and 12.8 percent of Hispanics with advanced dementia received feeding tubes during the study period, compared with just 4.6 percent of white patients. Similarly, while 14.9 percent of white patients received cardiac testing before cataract surgery, the figures for Blacks and Hispanics were higher, 17.3 and 20.5 percent, respectively.

Black and Hispanic patients were more likely to receive other ineffective services as well, including antipsychotics for those with dementia, imaging for an enlarged prostate and bonedensity testing. In a couple of instances, white patients were more likely to receive unnecessary services, including imaging for low-back pain, cervical cancer screening and vitamin D screening.

A significant body of research has shown that U.S. minorities tend to receive fewer medical services that are considered effective, such as flu shots or aspirin following a heart attack, said William Schpero, a Ph.D. student at Yale School of Public Health who was the study’s lead author. That disparity is typically attributed to problems with access to the health care system, he said.

However, visiting the doctor frequently was no guarantee of better care, the study suggested. Researchers found that greater use of the health care system was often associated with significantly higher rates of low-value care for many services.

“Our findings show that improving access is a necessary but not sufficient part of the policy solution,” said Schpero. “Improving quality is important as well.”

Growing the Voices of Our Future […]