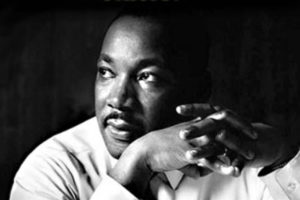 DALLAS, TEXAS (January 7, 2018) Heritage Auctions will present its first sale dedicated exclusively to African Americana on Jan. 15: “Say It Loud”, The John Silverstein Collection of African American Social History. The auction includes a thoughtful and carefully curated selection of items that tell the sweeping story of the trials and triumphs of Black life in America.

The Silverstein Collection “is the most comprehensive and voluminous collection of photographs and related materials of its kind ever to be offered for sale at public auction in North America,” writes Cheryl

Finley, an Associate Professor Art History at Cornell University. “It is distinguished by its historical breadth, spanning the 19th century daguerreotype to the early 21st century digital prints, and its attention to Black life in America through the lens of social political activism, especially of the 1960s and 1970s.”

The collection as a whole provides a panoramic overview of the Black experience, ranging from slavery, emancipation and reconstruction, to the decades-long struggle for equal rights, to the aspirations and achievements and of African Americans in politics, the military, the arts, literature, film, sports and much more.

A lifelong collector, Silverstein formed the collection over a ten-year period. His pursuit of the artifacts and objects being offered for sale combined his deep interest in history with his belief that social justice is the most relevant theme of our historic moment. “The result,” says Finley, “is a treasure trove ripe with rare and iconic photographs, albums, posters, books and documents that tell the story of why African American social and cultural history is so vital, especially today.”

“The Social History of the African American diaspora is rich, nuanced and complex. In its deepest and enduring roots, it is a chronicle of suffering and loss; one of righteous anger, defiance and a continuing

struggle for justice. It is also a story of hope, aspiration and compassion.” The collection weaves a story told in equal detail by the instantly recognizable faces of Frederick Douglass, Martin Luther King, Jr., and Muhammad Ali, as it is by the unknown and unnamed personages who posed in photographers’ studios in their desire to have their everyday lives documented.

The sale includes over 380 lots, many are rare or of unusual scarcity, and many appearing at auction for the first time.

Of note among the 19th century photographs is an unprecedented appearance at auction of a group of four small-format photographs, known as cartes de visite (CDV), portraying the great orator and abolitionist, Frederick Douglass. Particularly significant among these is the photo of Douglass taken by

the Cincinnati-based African American photographer, James Pressley Ball, one of only a small handful of Black photographers active anywhere in 19th century America. Another 19th century stand-out is a CDV of the brutally scarred back of Private Gordon, an illustration of which was published in a July 1863 article about Gordon in Harper’s Weekly, the most widely read journal during the Civil War. The image of Gordon’s mutilated back provided Northerners with evidence of the brutal treatment of slaves and inspired many free Blacks to enlist in the Union Army.

A highlight of the 20th century photographic section of the sale is the lifetime James Vanderzee portfolio of 18 signed and editioned photos published in 1974. Included in this group is Vanderzee’s most famous photo, “Couple In Raccoon Coats”.

An important photograph also on the auction block is a large-format example of Ernest Withers’ best-know image, “I Am A Man”, depicting the Memphis Sanitation Workers Strike of 1968. Martin Luther King, Jr. was in Memphis at the time of his assassination in support of the striking workers.

A major component of the collection is on the Civil Rights and Social Protest movements of the 1960s and 70s. Included in the sale is a massive accumulation of over 450 press photographs, divided up into several lots, covering the major Civil Rights, School Integration, Race Riots, and other Black Activist events of the era.

Perhaps the most familiar civil rights era photo, captured at the time by Associated Press photographer Bill Hudson, is of the German shepherd dog attacking teenaged Walter Gadsen in Birmingham, Alabama on May 3, 1963. The publication of this photo the next day on the front page of the New York Times stirred national outrage and did much to sway public opinion on the Civil Rights movement.

Of tragic prominence among the many other well-documented images in this press-photo archive is a select group of four photographs, taken by Joseph Louw, of the moments leading up to and after the assassin’s bullet hit Martin Luther King, Jr. on April 3, 1968 as he stood on the balcony of the Lorraine Hotel in Memphis, Tennessee.

Martin Luther King, Jr. (Jan. 15, 1929 – April 4, 1968) was an American clergyman, activist, and prominent leader in the African-American Civil Rights Movement. He is best known for his role in the advancement of civil rights using nonviolent civil disobedience […]