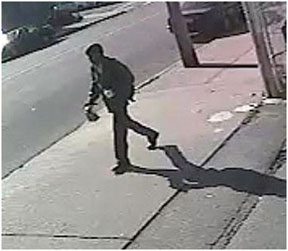 Some acts are just despicable, and this is one of them.  A 76-year old woman was a victim of “The Knockout Game,” where teens randomly attack people passing by. The woman, who lives in New York, was walking down the street at 11:30 a.m., when someone punched her in the back of her head. Yvonne Small was knocked to the ground shortly after a group led by the Rev. Al Sharpton held a rally asking people to stop this violence when they see it.

The surveillance video of the attack has been given to police and they are using it as part of their investigation. Some are saying that the primary targets of the attacks are Jewish residents in Brooklyn. Some of the attacks are linked to tension between the African American and Jewish communities in the area.

“We will be talking to the advertisers of those networks to make sure that they under-stand if they don’t take action, we will take action,” said Tony Herbert of the National Action Network.

The woman has a bruise on her head, but she is going to be OK.  Believe it or not, she’s not the oldest victim of this brutal game.  The oldest victim was a 78-year-old women knocked out in Crown Heights.

“This is what we’re coming to in our community that our children are finding recreation in hurting someone,” said Lesha Seku, who is part of the group campaigning against the violence.

Does this say anything about our society’s inability to engage the youth?  What does this also say about untreated racial tension and oppression?