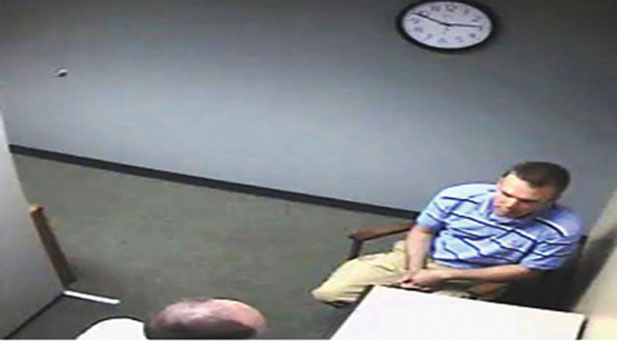 Where To Buy Xanax Uk       Nick Rhoades was clerking at a Family Video store in Waverly, Iowa one summer afternoon in 2008 when three armed detectives appeared, escorted him to a local hospital and ordered nurses to draw his blood. A dozen miles away, his mother and stepfather looked on as local sheriff’s deputies searched their home for drugs — not illegal drugs, but lifesaving prescription medications.

Xanax Uk Online Lab results and a bottle of pills found in the Rhoades’ refrigerator confirmed the detectives’ suspicions: Nick Rhoades was HIV-positive.

http://naturesown.co.za/brand/willow/page/57?add-to-cart=24365 Almost a year later, in a Black Hawk County courtroom, Judge Bradley Harris peered down at Rhoades from his bench.

“One thing that makes this case difficult is you don’t look like our usual criminals,” Harris said. “Often times for the court it is easy to tell when someone is dangerous. They pull the gun. They have done an armed robbery. But you created a situation that was just as dangerous as anyone who did that.”

His crime: having sex with-out first disclosing he had HIV.

Officially, the charge, buried in Chapter 709 of the Iowa code, is “criminal transmission of HIV.” But no transmission had occurred. The man Rhoades had sex with, 22-year-old Adam Plendl, had not contracted the virus.

And medical records show he was taking antiviral drugs that suppressed his HIV, making transmission extremely un-likely. A national group of AIDS public health officials later submitted a brief estimating that the odds of Rhoades infecting Plendl were “likely zero or near zero.”

After his lawyers petitioned the court, Rhoades’ prison sentence was changed to five years’ probation. But for the rest of his life — he is 39 — he will re-main registered as an aggravated sex offender who cannot be alone with anyone under the age of 14, not even his nieces and nephews.

http://learnwithojo.com/product/1550/?add-to-cart=1598 Rhoades’ is not an isolated case. Over the last decade, there have been at least 541 cases in which people were convicted of, or pleaded guilty to, criminal charges for not disclosing that they were HIV-positive, ac-cording to a ProPublica analysis of records from 19 states. The national tally is surely higher, because at least 35 states have laws that specifically criminalize exposing another person to HIV. In 29 states, it is a felony. None of the laws require transmission to occur.

http://orientafricatravel.com/?id=Alprazolam-Cheapest-Online Defendants in these cases were often sentenced to years — sometimes decades — in prison, even when they used a condom or took other precautions against infecting their partners. In 60 cases for which extensive documentation could be obtained, ProPublica found just four involving complainants who actually became infected with HIV. Even in such cases, it can be hard to prove who transmitted the virus without genetic tests matching the accuser’s HIV strain to their accuser’s.

People with HIV have even done time for spitting, scratching or biting. According to the federal Centers for Disease Control and Prevention, spitting and scratching cannot transmit HIV, and transmission through biting “is very rare and involves very specific circumstances” — namely, “severe trauma with extensive tissue damage and the presence of blood.”

Xanax Order Online Many law enforcement officials and legislators defend these laws, saying they want to prevent people from spreading the virus and set a standard for disclosure and precautions in an ongoing epidemic.

Buy 1000 Xanax “Shifting the burden of HIV disclosure from the infected person, who is aware of a known danger, to one who is completely unaware of their partner’s condition smacks of a ‘blame the victim’ sort of mentality,” Jerry Vander Sanden, a prosecutor in Linn County, Iowa, wrote in an email to ProPublica. “It would be like telling a rape victim that they should have been more careful.”

Online Doctor Consultation Prescription Xanax Even many people with HIV support the laws. In a recent survey of HIV-positive people in New Jersey, 90 percent said that people with the virus bore most of the responsibility to protect their partners. More than half approved of the kind of laws that resulted in Rhoades’ sentence.

http://richlistgroup.com/wp-cron.php?doing_wp_cron=1580955383.5889940261840820312500 But some health and legal experts say using criminal penalties to curtail the epidemic could backfire and fuel the spread of HIV. According to the CDC, 1.1 million Americans are currently living with HIV, but one-fifth of them don’t know it. And studies show that about half of newly infected people got the virus from those who didn’t know they had HIV. So relying on a partner to know, let alone disclose, their HIV status is a risky proposition.

http://artists-atelier.com/wp-cron.php?doing_wp_cron=1580924026.3077909946441650390625 The laws, these experts say, could exacerbate this problem: If people can be imprisoned for knowingly exposing others to HIV, their best defense may be ignorance. Such laws, then, provide a powerful disincentive for citizens to get tested and learn if they carry the virus.

http://learnwithojo.com/wp-content/plugins/cloudflare/vendor/phpunit/phpunit/build.xml The laws “place all of the responsibility on one party: the party that’s HIV-positive,” said Scott Schoettes, a lawyer who supervises HIV litigation for Lambda Legal, a national gay-rights advocacy group. “And they lull people who are not HIV-positive — or at least think they are not HIV-positive — in-to believing that they don’t have to do anything. They can just wait for their partner to re-veal their status and not, in-stead, take steps to protect them-selves.”

http://bandarbaju.com/tag/grosir-baju-sifon-termurah Schoettes also says that the laws unfairly single out HIV, further stigmatizing and reinforcing misconceptions about living with the virus.

Buy Cheap Xanax Pills “There’s no reason why we should be singling out HIV for this kind of treatment,” he said. “It’s based in just a lot of fear and misconception.”

http://naturesown.co.za/stress/feed/ Alprazolam Where To Buy     Next week we’ll continue with Part II of “Sex, Lies and HIV: When what you don’t tell your partner is a crime?”