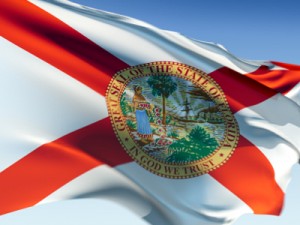 Posting or forwarding this material without permission is prohibited. Contact news@newsserviceflorida.com

SACHS SEEKS TIGHTER RESTRCTIONS ON PARASAILING COSResponding to a tourist’s death last month off Pompano Beach, Sen. Maria Sachs, D-Delray Beach, said Monday she will file legislation to place safety and insurance requirements on the largely unregulated parasailing industry. The “White-Miskell Bill,” is named for a pair of victims who died in separate accidents while parasailing in Florida. The measure will bolster insurance and safety requirements for operators including restrictions on when and where parasailing can occur. Kathleen Miskell, 28, died Aug. 15 after plummeting 200 feet into the Atlantic when a harness apparently broke. An estimated 120 parasailing companies operate in the state.

SIEGEL OUT AS PBC DEM CHAIR
Mark Alan Siegel has resigned as chairman of the Palm Beach County Democratic Party after making incendiary remarks about Christians, according to The Palm Beach Post. Siegel caused a firestorm during last week’s Democratic National Convention after saying conservative Christians were allies of Israel only because they wanted to bring on the Second Coming. “The worst possible allies for the Jewish state are the fundamentalist Christians, who want Jews to die and convert so they can bring on the second coming of their Lord. It is a false friendship,” Siegel said in a video interview with an outlet called Patriot Update. “They are seeking their own ends and not ours.” After initially resisting pressure from party officials to resign, Siegel did so late Friday, the Post reported. “My comments merely served as a distraction to the good work of Democrats in Palm Beach. Again, I express my deepest apologies to anyone I may have offended,” Siegel said in a statement issued by Florida Democratic Party. Smith elevated vice chairwoman Terrie Rizzo to Siegel’s position, the paper said.

SCOTT, FDLE MARK MISSING CHILDREN’S DAY AT THE CAPITOL
Gov. Rick Scott and his wife Ann commemorated the lives of missing children Monday at an annual state ceremony. “America’s Most Wanted” host John Walsh, whose six-year-old son, Adam, was abducted and murdered in 1981, sent a videotaped message of appreciation for those who work to find missing children.  Walsh also sent congratulations to Palm Beach County Assistant State Attorney Greg Schiller, who won an award for his role in tightening Florida’s laws on child pornography.  “That was a heart-wrenching experience,” Scott said after the ceremony.  “When you sit down and talk to those families, what you just can’t imagine is…You think, if you lost a child, you’d think every day, ‘What would that child be doing today?’ and you also would think about what happened to them…I hope it never happens to another family in Florida or anywhere in the world.”
–END–
9/10/2012