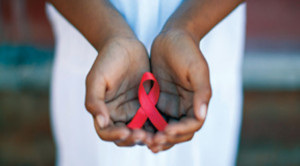 Stigma mustn’t stop us from discussing HIV and mass incarceration

Recently the New York Times published an op-ed that has drawn much needed attention to the continuing epidemic of HIV infection among Black American women by linking it to mass incarceration. What’s striking is not so much the strength of the argument (which is debatable) but rather the public discussion that has started around it — one illustrating the power of stigma to influence the conversation around HIV/AIDS.

In Shrage’s words, this state of affairs has “perplexed public health officials” because “rates of injection drug use or unprotected sex among Black women are no higher than for other groups,” and “most gay men do not have female sexual partners.”

Meanwhile, it has been shown that Americans tend to have sexual partners within their own communities.

Among the reasons some researchers consider incarceration to be an HIV risk factor says Shrage, are a “higher prevalence of HIV among prison populations,” “higher than average rates of sexual assault and coercive sex among men in prison,” limited access to condoms among inmates, tattooing and the use of injectable drugs and tattooing.

Everything that Shrage brings up is worth noting, though it’s also important to point out the study she cites is based on data that ends 15 years ago. She also notes that the CDC reports “the majority of prisoners with HIV are exposed to the virus before they are incarcerated.” Without minimizing the problem of sexual abuse in prison, a thorough exploration of the topic must take into account consensual sex, as well. All in all, more research ought to be done to determine how strongly mass incarceration of black men affects the rate of HIV infection in Black women.

Furthermore, fear of stigma or stereotyping should not prevent us from exploring the possibility of a link. We were struck by the robust conversation that took place on ourFacebook page when we posted a link to Shrage’s article.

A number of commenters said they found the article to be illuminating, and one even pointed us to related research by Columbia University scholar Robert Fullilove (PDF). Still, some had problems with Sharge’s op-ed. One commenter said the article “insinuates that black women are…more willing to date and have sex with ex-cons,” a notion he deemed as “potentially offensive” and fraught with “destructive stereotypes.”

Another commenter attributed HIV infection to “careless acts of not protecting yourself,” adding — not entirely accurately — that people are tested before they are incarcerated, and perhaps afterward. (We asked Catherine Hanssens, executive director and founder of The Center for HIV Law and Policy if this was true, and she said whether or not inmates are tested at all for HIV varies by state and locality.)

The role of personal responsibility in preventing HIV infection and the need to avoid stigmatizing black people as immoral and dangerous are both important to remember. However, it is equally important that we not shame each other or let fear of being stigmatized prevent us from honestly exploring the dynamics and institutional forces that have led to disproportionately high rates of HIV infection in black men who have sex with men, and black women.

We at the National Black Leadership Commission on AIDS (NBLCA) will continue our focus on the contributing factors to the HIV/AIDS epidemic among black Americans, along with the latest strategies for ending it, this coming February 4, 2016 during the 2016 Winning at Living: State of HIV in Black America conference.

The one-day gathering of stakeholders, providers, funders and consumers will convene at the Schomburg Center for Research in Black Culture in New York City, and also be streamed on NBLCA’s web site. Visit NBLCA.org for more details, and to register.