Where To Order Xanax Online Forum The History Makers 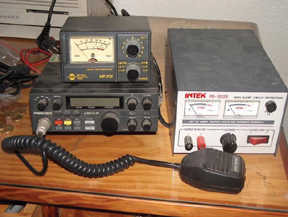 We dug into The HistoryMakers archives for discoveries and stories from the attic, and found wonderful memories like that of photographer Dawoud Bey, “When I was very young, I discovered a whole room full of books in the attic, in what was my father’s space. He had constructed a space for himself in the attic where he had his library–his ham radio equipment. He was a ham radio operator. That was fascinating as a kid. The idea of this man talking to people, literally all over the world, and having something to say to people whose experiences were probably quite different from our own.” Former Illinois State Senator Alice Palmer related how she discovered the history of her family, “I remember my freshman English teacher–I was the only black in the class–saying to me for my first assignment well, Alice you don’t have to write a family history, because I know colored people don’t have any history, and I went crying to my grandmother and I never heard her curse before, who grabbed me by the hand, took me to the attic and pulled all this stuff down. One of them was a paper that had been signed by the governors of territories and that’s when I learned that there was a deeper history, that she and her family had passed through territories with this free paper to allow them to go to and settle in Bedford, Indiana.” 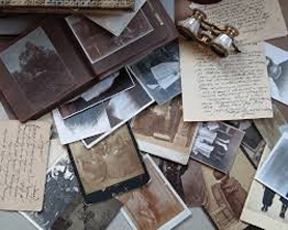 But there were also many fond memories from HistoryMakers experiences in their attics, like Pulitzer Prize-winning playwright Suzan-Lori Parks’ early forays into writing with her brother, “my brother and I had a newspaper called “The Daily Daily.” And every day really, we typed it up in the attic because we had this huge house in Vermont, and we could have a view of the entire neighborhood. And my brother and I would each take turns typing it up because that was the hardest part you know. Making up the story, doing the reporting was easy but to actually — I was in the fifth grade, he was in the third grade — actually doing the typing was the hard part.”

Actor and film director Bill Duke may have taken the cake when he told us the story of, he and his sister hiding from their parents in the attic with their dog Rex, “My mother and father came home looking for us. ‘Where are the kids?’ And they asked the neighbors, no one had seen us; dinner came and passed, no kids. My mother was hysterical by now, and we had taken food up in the attic with us, of course, like some Wonder Bread and some peanut butter, I think, cause we were so angry with them. And the cops came to the house and Rex made the mistake of barking, and my mother and father came up to the attic and, “Oh, my god–,” so relieved, “How–you kids, what are you doing? You’re crazy. What is wrong with you?” When the cops left, they looked at us. First, they beat me, beat my sister, then they beat the dog. I mean you got whippings in those days. The dog’s looking like, what did I have to do with it? Why?”

As Radio One and TV One founder Cathy Hughes put it, “We have an obligation to our future generations to tell our stories. And that should start with each of us individually. I now collect black memorabilia. Can you imagine how many foolish, middle-class, African Americans have gone home to grandma’s house and thrown out everything in the attic, not realizing that they were throwing away the history of Black people in America? We didn’t know. And now that we know, we’re kind of running to play catch-up.” Whether they are fond memories of time spent with family or documents passed down through generations that were simply forgotten, there are surely treasures in each of our attics, basements, and storage rooms. It is each of our responsibility to make sure that this history and documentation is not lost but are continuously held up as the important legacy that they represent.

Order Xanax From Canada Site Designed by No Regret Media