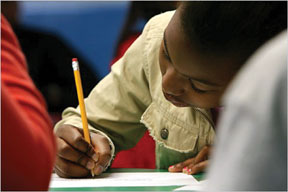 The educational system in Florida is coming under fire. Superintendents are staging a revolt against the accountability system in schools across the state. Editorial sections of major newspapers are becoming sounding boards full of frustration and discontent. Surprisingly, many of the papers are in agreement with the angry superintendents, and are even warning against a collapse of the state educational system.

According to a statement issued by the Florida Association of District School Superintendents on Sept. 25, 2015, many superintendents are no longer confident in the current accountability system implemented in the schools. This system is based on scores that students earn while taking the Florida Standards Assessment tests. School officials are urging that the system be halted and placed under a complete review.

Jeb Bush, the previous governor of Florida who is campaigning for the 2016 Republican Presidential nomination, takes much pride in these education reforms. Unfortunately, he neglects to mention the failure of the Florida Comprehensive Assessment Tests, the examinations prior to the Florida Assessments, which raised concerns about the validity of the test scores. More recently, those who seek education reform use these scores to evaluate teachers in a process called “value-added measurement.” This has been a controversial decision since so much is at stake.

Superintendents throughout the state are rallying to end the accountability system this year. Many superintendents also advise education officials to disregard the Florida Standards Assessments, although they allegedly represent the same material as the National Assessment of Educational Progress. Nevertheless, ignoring this request could result in thousands of Florida students failing and needing to repeat a year is school, or even worse, not graduating.