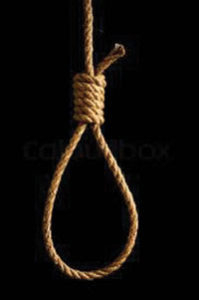 A little while ago a white teacher in California made a noose from an exercise rope and put it around his neck, taunting a Black student. He told the student, “stay away from me.” It was a joke in the teachers’ eyes but the student didn’t find the racist joke funny.

However, the teacher won’t face charges because the Santa Clara County District Attorney’s Office didn’t see it as a hate crime, according to the East Bay Times.

Prosecutors said because the teacher never made physical contact with the student, it couldn’t convince a jury that the student felt threatened by the teacher’s gesture.

On Tuesday, District Attorney Jeff Rosen said that he didn’t like the teacher’s actions.

Rev. Reginald Swilley, co-chair of the Black Leadership Kitchen Cabinet, was unhappy with the outcome.

“The psychological intimidation of a minor should be a hate crime,” Swilley said. “We are over prosecuted and underprotected.

“A Black child should have the comfort that the people we pay to protect him will enforce the law when he is a victim just as much as when he is an aggressor,” he added.

The teacher, whose name has still not been released, has been put on paid administrative leave and the East Side Union High School District board of trustees has moved to dismiss the teacher. A hearing before an administrative law judge is scheduled for October.