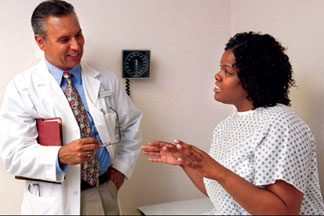 The HIV care continuum initiative: The next step of the National HIV/AIDS Strategy

Three years ago, President Obama announced an historic comprehensive plan to help turn the tide on HIV/AIDS in the United States: the National HIV/AIDS Strategy. The Strategy has given a new sense of direction, and purpose in our fight against HIV and AIDS.

Since the Strategy’s release, scientific developments have advanced our understanding of how to best fight HIV. We now understand that to prevent long-term complications of HIV, treatment is recommended for all adults and adolescents living with HIV in the United States.   This is a significant shift; previous recommendations were to hold treatment until people showed signs of immune decline. Recent research also shows that an important benefit of earlier treatment is that it dramatically reduces the risk of HIV transmission to partners. Furthermore, HIV testing technology is faster and more accurate than ever before, and HIV drug treatment is less toxic, and easier to administer.

All of this has powerful implications for how we focus our efforts.

And there is a clear need to do so: data released since the Strategy shows that along the HIV continuum of care — which is the progression from diagnosis to receiving optimal treatment — nearly 200,000 persons living with HIV in the United States are undiagnosed, and only one in four has the virus under control.

Today we are thrilled to announce two new developments specifically focused on addressing many of the factors that lead people to fall out of the continuum of care.

The Initiative directs Federal agencies to prioritize addressing the continuum of HIV care by accelerating efforts and directing existing federal resources to increase HIV testing, services, and treatment, and improve patient access to all three.

To ensure we succeed in this effort, the President’s Executive Order establishes an HIV Care Continuum Working Group. The group will coordinate federal efforts to improve outcomes nationally across the HIV care continuum, and will be co-chaired by the White House Office of National HIV/AIDS Policy and HHS’s Office of the Assistant Secretary for Health. The working group will provide annual recommendations to the President on actions to take to improve outcomes along the HIV care continuum.

Second, today HHS announced a new multi-year demonstration project that brings together OASH, CDC, and the Health Resources and Services Administration (HRSA) in a collaboration to expand the capacity of community health centers, local health departments, and their grantees to better integrate HIV prevention and treatment across the continuum of care. HHS will invest $8 -10 million a year to support health centers and local health departments in integrating public health practice, and clinical care. The project will target areas with high numbers of racial and ethnic minorities, who are disproportionately affected by the epidemic, and communities with a substantial unmet need for comprehensive HIV services.

These two actions complement many of the ways we are already addressing the importance of continuum of care now.

The National Strategy shares its third anniversary with the Affordable Care Act, landmark legislation that is vital to our fight against HIV/AIDS.

Already, the law has expanded access to HIV testing, and ends the practice of putting lifetime caps on care when patients need it the most. Beginning in 2014, it will bring to an end insurance practices like denying coverage for pre-existing conditions, including HIV infection.

Beginning this October, when the online Health Insurance Marketplaces open for enrollment, millions more Americans will have the opportunity to enroll in affordable coverage that includes HIV testing and other preventive care, with coverage set to begin Jan. 1, 2014.

And the health care law also allows states to expand their Medicaid programs. Many people living with HIV will no longer have to wait for an AIDS diagnosis to become eligible for Medicaid.

This includes fighting HIV stigma and discrimination. It includes advocating for the health of communities at greatest risk for HIV, including young,         Black, gay men and transgender people. It includes supporting research, in order to find more prevention and treatment breakthroughs.

And it means making smarter, more coordinated investments to fight the epidemic. That’s why the president’s Executive Order is so important.

Just a few months ago, President Obama spoke of realizing the promise of an AIDS-free generation in his State of the Union. Thanks to remarkable advances in HIV treatment and prevention, we have the opportunity to reach that landmark sooner than most of us would have imagined even just a few years ago. The HIV Care Continuum Initiative will help us get there even faster.

By Kathleen Sebelius, Secretary of Health and Human Services and Valerie Jarrett, Senior Advisor to the President. Cross-posted from Huffington Post: The HIV Care Continuum Initiative: The Next Step of the National HIV/AIDS Strategy.