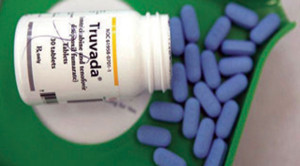 The HIV conversation about PrEP gets heated

John Byrne was born in 1981, a few months before the U.S. Centers for Disease Control and Prevention revealed a new report about “five young, previously healthy, gay men in Los Angeles” suffering from strange infections that had already killed two of them.

That was on June 5th. Throughout that summer, doctors across the United States reported similar cases of “GRID” (gay-related immune deficiency) and The New York Times went on to report on a deadly cancer affecting 41 gay men in New York and California in early July. The next year, the CDC named the new plague AIDS, and gay men in San Francisco and New York City began the first community-based efforts to eradicate its cause, human immunodeficiency virus or HIV.

More than three decades since those first reports, plenty has improved across the country when it comes to HIV and AIDS. Still, Miami-Dade and Broward counties currently claim the highest rates of new HIV infections in the United States. Byrne, publisher of RawStory.com, and others throughout South Florida have begun their own community-based campaigns to address this alarming local trend. And they are dropping the latex in favor of a little blue pill deemed equally effective in preventing the spread of HIV.

The pill, Truvada by Gilead Sciences, has been used for about a decade for HIV treatment. As it turns out, it’s been found to be nearly 100 percent effective in preventing people who are HIV negative from contracting the virus.

“Swallow This” is the slogan for a campaign Byrne recently launched. He is advocating something revolutionary: the widespread use of PrEP or pre-exposure prophylaxis. Byrne’s “I Am PrEP” party held at Hotel Gaythering in mid-November attracted about 100 young and middle-age men. He and many others cheer they can at last enjoy having a healthy, active sex life without having to worry about condoms.

“I never really liked condoms. It didn’t feel sexy. It didn’t feel like sex,” says Byrne, who came out at 15 and became sexually active in high school at the height of the AIDS crisis.

Throughout his teens, though, Byrne didn’t worry much about HIV. “I didn’t feel at risk. I didn’t really start feeling at risk until I was having a lot of sex in college.”

Looking back, he says, “from the number of partners that I had over time and the fact that I rarely used condoms, the fact that I didn’t get HIV was nothing short of miraculous.”

As Byrne grew older, he reduced his number of partners instead of adapting to using condoms. When he began taking Truvada last year everything changed. Now he feels he no longer needs to worry about HIV.

But many of the men who outlived their friends and loved ones during the AIDS crisis of the 1980s and 90s are disturbed by his message.

“I do PrEP education on [gay dating app] Grindr and I talked to someone on Grindr who told me point blank, ‘You’re destroying everything I spent the last 30 years doing. Like, all the condom work we’ve done, you are single-handedly undoing.’

“I thought that’s ridiculous, but it’s a perfect encapsulation of the kind of thinking people have,” Byrne says. “People are stuck on condoms. It’s a tough situation because you don’t want to cut down the condom use. It’s true that there’s syphilis and other things. But at the same time, it’s more important to deal with reality.”

The reality, according to some, is that most young gay men in South Florida don’t want to use condoms, hence the alarming rates of HIV infection.

“What we know is: Four people are testing positive every day in Miami-Dade and three more people in Broward, and that the Miami metropolitan area has the highest HIV prevalence,” Byrne says. “OK, we’ve got this problem. Let’s deal with this. And HIV is the most deadly STD. Period.”

But Byrne has never known anyone who died of AIDS.

Dr. Shed Boren, however, spent his entire young adulthood tending to the sick and dying.

“Gay marriage wasn’t on our radar. Survival was on our radar,” says Boren, who for more than 30 years delivered medical and social services to people with HIV/AIDS, including at Mercy and Sister Emmanuel hospitals in Miami.

Boren, 50, now CEO of Camillus House & Health in Miami, wants younger men like Byrne to know how devastating the unchecked virus actually is.

“There’s an emotional, social-history aspect of this, where you want people to realize what it was like to go to the eighth floor at Mercy Hospital and be inundated with people lying in bed sick, some dying, some finding out. All of them struggling to various degrees. Family members finding out. People being forced out of the closet,” Boren says.

Having been on the front lines of the initial AIDS epidemic, it’s difficult for Boren to reconcile how a single daily pill can prevent the spread of HIV. And he worries about other health concerns for the young men who opt to take the powerful antiviral, which has a number of repercussions, including lactic acid build-up in the blood stream, kidney failure, bone-density loss and changes to the immune system.

“You’re still taking a medication that we don’t know what the long-term side effects are,” Boren says. “If AIDS taught us anything, it’s that there are some scary dragons around the corner. I remember coming of age and reading that little thing about GRID in the newspaper. Who knows what tomorrow’s headline will be? … God knows what else is around the corner.”

The U.S. Food & Drug Administration approved using Truvada to prevent HIV infection in 2012, says Juan Oves Jr., the youth and transgender coordinator for Latinos Salud, an organization founded in 2008 to provide support and a safe space for young gay Latinos in South Florida.

“There is stigma when we are talking about sex for Latinos and Hispanics. In regards to dating someone who is living with HIV, there is stigma. As a very big community in Miami, we have to deal with addressing the stigma,” says Oves, who grew up in Westchester and West Kendall. “I talk to my youth about treatment as prevention, and surprisingly a lot of them don’t know what that means.”

Oves says much of the discussion now centers on Truvada, which can provide up to 96 percent protection to someone HIV negative who exchanges body fluids during sex with someone that’s HIV positive.

“It’s very simple and we’re getting there. I’m seeing a movement in which we’re talking about options and we’re becoming more sex positive, to embrace sex and talk about it in a way that’s healthy in all aspects: mentally, socially, physically, even spiritually. That’s important to eventually address the epidemic and bring those numbers down,” says Oves, who turned 30 on December 1st — World AIDS Day.

Latinos Salud offers HIV prevention, testing and linkage services to gay Latinos, all gay men living with HIV and anyone identifying as transgender. In addition to helping link guys to PrEP, the agency’s services include empowerment discussions at its office in Wilton Manors, a South Beach satellite, Florida International University’s Modesto A. Maidique Campus and, most recently, in Kendall.

“As members of the gay community, we have been defined as the ‘other’ for so long, that perhaps it’s too easy for us to point out who is different from ourselves in their choices,” says Dr. Stephen Fallon, 53, executive director of Latinos Salud. “My hope is that we can stop stigmatizing our peers, whether over their HIV status or over the tools that they choose to use to stay safe. It should be OK if their tool is different than my chosen tool.”

When it comes to HIV and sexual activities in the Black community, you have a lot of people who are afraid to tell someone they have HIV. — Christophe’ Moore

As of Jan. 31, 2014, there were 27,035 people living with HIV/AIDS in Miami-Dade County and 17,632 in Broward, according to Care Resource, one of South Florida’s leading HIV/AIDS service providers. In Miami-Dade, 43 percent of people with HIV are Black/African American and 47.5 percent are men who have sex with other men.

Christophe’ Moore, 29, of Miami, has been a Pridelines volunteer since 2001. He says there’s still a great stigma when it comes to AIDS and condom use within Miami’s Black communities, even among gay and bisexual men.

“When it comes to HIV and sexual activities in the Black community, you have a lot of people who are afraid to tell someone they have HIV and end up having sex with that person and letting them know afterward that they are HIV positive,” Moore says.

Because so many men won’t use condoms, Truvada offers a safe alternative, Moore says.

“Clinics offer it,” he notes. “I haven’t personally had it yet. I do want to go to a clinic and start taking PrEP. Just in case. You never know. Somebody could have sex with you and at the last minute tell you they have AIDS. It’s always better to be prepared.”

Jason King understands the stigma first hand. At 29, he’s been HIV positive for 10 years. After learning about his HIV status, King became “abstinent for a good six months or so.” When he resumed having sex, he alway used condoms. King says it took a while before he became comfortable telling partners that he has HIV. “I got rejected on numerous occasions,” he says. “Even still today.”

King moved to Fort Lauderdale five years ago and is now AIDS Healthcare Foundation’s advocacy and legislative affairs manager in Florida. He is a member of Impulse, a national HIV prevention group funded by AHF for sexually active gay men 18 to 35.

“Impulse aims to avoid judgment and combat stigma, to ultimately embrace the gay culture and try to resolve the problem from within,” King says. “Impulse doesn’t in any way, shape or form endorse the use of drugs, barebacking or illicit activity. What it does do is acknowledge that some of these conditions exist in the gay community.”

In November, the CDC estimated that of 1.2 million high-risk people who should be taking Truvada, only about 21,000 are actually doing so. The next month, AHF published ads about “the failure of PrEP to catch on.”

“Any objective observer has to conclude that most patients don’t want to take Truvada and doctors are not recommending it,” AHF wrote in the ad. King has mixed feelings about Truvada being a substitute for condoms.

First, the cost: A box of 36 condoms costs $20 at Walgreens. A Truvada prescription could cost up to $1,200 a month — though most of the cost is covered by insurance, Medicaid or pharmaceutical company discounts, King says.

“AHF’s position is that [Truvada] is certainly an option that can benefit some people. Obviously that decision needs to be considered between the patient and his or her doctor.”

Then he speaks as “Jason King, the informed individual,” who stopped taking it to treat his own HIV because it made him sick.

“It’s not necessarily the best thing for your health, using PrEP. It’s a toxin. You’re taking a chemical that has shown to at times have deleterious side effects,” he says. “That is the cost that the patient has to weigh. If they think the benefits outweigh the side effects, then by all means.”