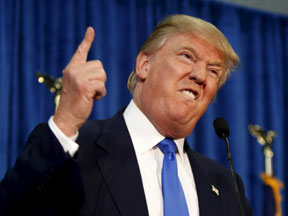 As if to compound the insult to American power represented by the world’s vociferous rejection of the Bush doctrine, the U.S. found itself in 2008 facing the biggest economic disaster since the great recession. The collapse was so stark, so sudden, and so unavoidable that several of America’s largest and most venerable financial institutions collapsed overnight. The recession in America led to a global recession, as liquidity dried up, debts got called in, and entire nations went bankrupt.

This blow to Americans’ confidence would provide fertile ground for doubt, resentment and rebellion. It quickly became apparent that the economic status quo that existed before the Iraq War and the Great Recession was giving way to a ‘new normal.’ The country limped along in this new nor-mal; American businesses experienced very slow economic growth amidst massive economic dislocation. The Federal Reserve used every trick at its disposal to ward off total catastrophe. It was successful in its aim, although the resulting ‘Franken-economy’ it created began to resemble a monster that moved and walked, but was somehow strangely also dead.

To wit: even though employment ‘recovered,’ labor force participation dropped to a thirty year low. People came back to jobs that paid less, offered fewer benefits and demanded more of their labor. American workers were hailed by economists for their increasing productivity, although, to most workers, it just seemed like a pay cut. Never had industrial performance and the state of the labor market seemed less congruent; and this strained an unspoken assumption about the trickle-down benefits of capitalism.

The twin monsters of insulted national pride and injured economic prospects began to foment a visceral, growing resentment to the economic and political establishment that first found expression in the Tea Party (on the political right) and the Occupy Wall Street movement (on the political left). Both movements were essentially defeated – the former was co-opted by the Republican Party, and the latter was crushed by the police (at the bidding of ‘liberal’ elected officials).

The pressing unanswered question of why Wall Street got bailed out while Main Street floundered was never success-fully answered either by a Republican Congress or a Democratic White House. The mid-term elections of 2010 promised to bring about major changes as a Tea Party insurgency came to power in Congress. However, the insurgency did not prove strong enough to enact its agenda – slashing government debt and spending on entitlements, and reducing regulatory burdens on small businesses. Not able to advance its’ own agenda, The Republican Congress settled for a role as a spoiler caucus, mainly concerned with preventing the Obama Administration from putting its’ own proposals forward.

Over the past six years, the Congress has done practically nothing in the way of helping the American people out of the mess they are in. The lack of commitment to a national project for reconstruction seemed strange in a country that had just demanded such brave sacrifice from its warriors.

The political impasse stymied American progress, and extended the economic recession beyond its reasonable shelf life. Amidst the doldrums of economic and political stagnation, Donald Trump’s bold rhetoric, a stark departure from the normal fare, seemed to be a strong wind. It didn’t really matter whether that wind was blowing America forwards or backwards — towards a safe harbor or further out to sea. At least, for the first time in six years, there seemed to be some movement. When one is stuck in the same place for what seems like an eternity, even going backwards can seem like making progress.

Along came Trump, testing the political frontiers, boldly going where no politician of either party dared go before. Donald Trump was not a polished politician, and proved not to be afraid to voice what many people were thinking, even if the rhetoric was somewhat impolitic at times. He railed against illegal immigration, because of its’ dilutive effects on American labor, but couched the debate in ethnic terms that the man on the street could easily digest. Trump complained about a lopsided trade arrangement with China that over the past thirty years has seen American manufacturing all but vanish, but couched it in ‘Us vs. Them’ terms that were easily made into media sound bytes.

It is clear that Donald Trump is a masterful salesman, especially when he is selling himself. He tells the buyer what he or she wants to hear, and promises he’s the only one who can deliver. He engages in what some might call tawdry rhetorical wars with his critics and political adversaries. It has all made for great theater. Trump might not be right on all the issues, but he sure is entertaining.

But perhaps Trump’s greatest asset – and the factor that has accounted most for his rise in the polls – is Trump’s ability to externalize America’s faults. It is not so much that he is attempting to restore the idea of American exceptionalism to prominence. No, his mission is much simpler. He merely seeks to place the blame on someone else. The reason why we’re not doing well folks, is because the Chinese are beating us; or it’s the Mexicans; or it’s the Muslims. Get rid of all those people, and we’ll be back in the saddle. This is a message that holds deep appeal for many people who are faced with personal challenges they have not yet figured out how to overcome. In Trump’s moral philosophy – if that is what it can be called – it is in our stars and not ourselves that we are knaves.

Obama Presidential center – how Black will it be?

Obama Presidential center – how Black will it be?