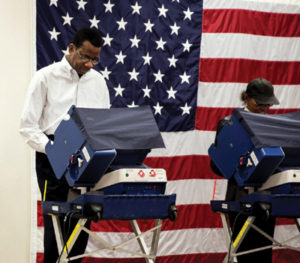 The 2016 presidential election proved to be the “perfect storm” for social media executives: both political parties were embroiled in tense high-stakes debates; media coverage was running at a fevered pitch with a cast of familiar names and media darlings; and social media was the place candidates and voters were congregating. The days of being viewed as a playground for teenyboppers (MySpace) were behind them; they were now full-fledged political powerbrokers.

However, social media executives would soon learn that elation would be short-lived. After the election dust cloud lifted and Donald Trump was declared the winner, news that Russia had meddled in our election began to circulate. Added to their dismay was the realization that Russia, as well as other foreign adversaries, had used social media to distract, disorient, and ultimately divide American voters.

According to the Director of National Intelligence’s 2019 World Threat Assessment, threats to our national security will continue to intense as the next election approaches. Intelligence experts warn that adversaries, particularly Russia and China, will increasingly use cyber capabilities — including cyber espionage, attacks and influence — to seek political, economic, and military advantage over the US and our allies. China, Russia, Iran, and North Korea increasingly use cyber operations to threaten minds and machines in an expanding number of ways — to steal information, to influence our citizens, or to disrupt critical infrastructure.

It is believed that Russia and Iran will continue to use online influence operations to advance interests that align with theirs. They will continue to focus on familiar tactics — such as aggravating social and racial tensions, undermining trust in authorities, and criticizing political leaders with opposing views — and employ more sophisticated tools for spreading disinformation, conducting hack-and-leak operations on candidates and business, and manipulating data.

China seeks to expand its influence by wielding more control of the information infrastructure. As the leading manufacturing market for technology products from computer chips to cell phones and home appliances, China’s ability to gather infinite amounts of personal data for financial and political gain is unrivaled. Added to the fact that China is also capable of using cyber-attacks against systems in the US to censor or suppress view-points and information makes them a formidable and dangerous adversary.

We know without a doubt that Russia interfered in the 2016 election and signs point to unidentified agents engaging in cyber activities that targeted the US election infrastructure as recently as 2018. Although US intelligence agencies found no signs that any systems were compromised, they were unable to confirm votes or tallies were not manipulated.

What Can You Do?

As we approach the 2020 election, it is incumbent upon each of us to implement measures to safeguard ourselves prior to and during the election:

Although much has changed since watching my parents vote in ’68, I still get excited each election cycle. I still look forward to sharing the experience while voting or volunteering at the poll. I still wrestle between feeling giddy and nervous while waiting on the results of a race I’ve followed for months. And, I still wonder and debate about what’s going on behind the curtain, or in this case, underneath the covers.