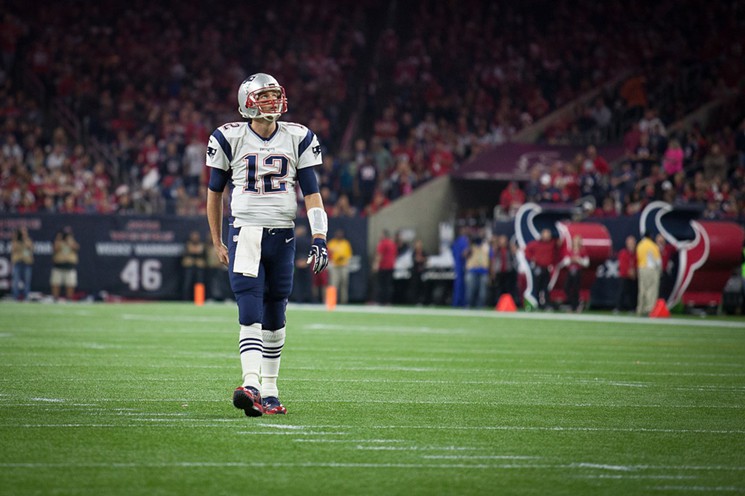 It popped up on social media late Friday morning, the somewhat surprising, and frankly unspectacular concession of New England Patriots quarterback Tom Brady on his four-game suspension in the Deflate-Gate “scandal”….
http://naturesown.co.za/wp-cron.php?doing_wp_cron=1580916911.8661201000213623046875 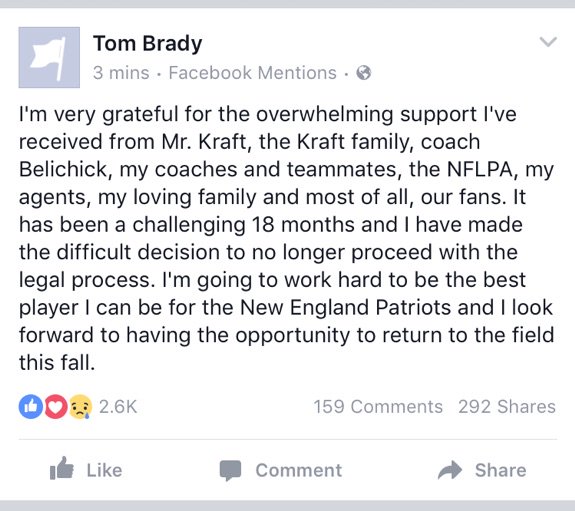 Buy Xanax Craigslist And there it was. After 18 months of courtrooms, scientists, social media fervor and exhaustive analysis of what exactly the NFL commissioner could and couldn’t do when it came to administering punishment and protecting the integrity of the game (if the integrity was even really “violated” to begin with), the football nation’s long “nightmare” is now over.

Xanax Bars Online Cheap Tom Brady will be serving his four-game suspension for his role in the alleged deflation of footballs before the AFC Championship Game, all the way back in January 2015. Yes, the footprint for this “scandal” and its aftermath span nearly a year and a half, and there are so many teams, players, and fans affected by the outcome that we really need to lay this out in an organized fashion.

Order Xanax Online Overnight Delivery So here are a few of my thoughts as we dig out from underneath eighteen months of PSI and shattered cell phones:

Buying Xanax In India Order Xanax Online Review 1. Why now, Tom?
After the Second Circuit Court of Appeals rejected his appeal (again), the next step for Brady would have been an appeal to the Supreme Court. So one of three things likely happened — 1) Brady realized that because this country is totally polarized and people are shooting each other on a daily basis, and this world appears on the brink of World War III, taking deflated footballs to the highest court in the land might be a bad look, or 2) Bill Belichick, who has been oddly silent even by Belichick standards on this whole appeals process, stepped in and said “Tom, let’s get back to football, take our medicine, and move forward without this distraction.” I’d love to know. Brady’s statement is predictably vague on the “Why” part of all this, or 3) most likely, Brady reviewed the analytics of the situation, saw the microscopic odds of success in his appeal, weighed the effort and expense involved in the “good fight,” and decided to tap out.

Xanax 2Mg Bars Online 2. When did this cease being about deflated footballs?
ESPN has a pretty comprehensive timeline of events for the whole Deflate-Gate ordeal, going all the way back to January 2015 and laying out every little step, although they do fail to mention that Chris Mortensen’s report of 11 of 12 balls being non-regulation PSI was totally off base and planted by the NFL, but I digress. Back to my question — if I had to pinpoint the turning point where this whole thing ceased being about PSI and became a Roger Goodell dick-measuring contest, it’d be mid-May 2015, after Brady’s first appeal of the suspension, when Goodell made himself the hearer of the appeal, which he is allowed to do, but if the transgression was as egregious as the penalty lets on, a neutral arbiter should’ve been able to see it, and if he or she did, that would make Goodell’s “Brady is a cheater” narrative a slam dunk. Instead, the whole thing devolved into a sea of attorney’s fees over the next fourteen months.

Cheap Real Xanax Online 3. How about them Texans?!
So moving forward, here are the Patriots’ first four games of 2016: at Arizona (on Sunday night), vs. Miami, vs. Houston (on Thursday night), and vs. Buffalo. The Patriots will be a decided underdog in the opener, favored in the twodivision games against the Dolphins and Bills, and a coin flipper against the Texans. It feels like a floor of 2-2 and a ceiling of 3-1. But hey, in Houston, the Texans’ schedule just got a little easier with no Brady, right? The Texans should pull the letterman’s jackets out of mothballs as a sort of heat check!

http://artists-atelier.com/drawings-of-a-guitar-player-living-a-creative-life-inigo-rose-fresco-artist 4. The Cleveland Browns still can’t catch a break.
So when Tom Brady comes back, he will be on a Michael Corleone-level killing rampage. On this, we can all agree. His first victim? The Cleveland Browns. I’d say “poor Cleveland,” except they just won an NBA title like four weeks ago, so if the cost is the Browns’ continued slog in the NFL’s sewer system, so be it.

http://naturesown.co.za/product/cascara-50ml/?add-to-cart=21530 http://bandarbaju.com/tag/syafna-baju-koko/feed 5. This is Jimmy Garoppolo’s “Osweiler” moment.
Last season, Brock Osweiler got a chance to start seven games for the Denver Broncos when Peyton Manning went down with a bout with total ineffectiveness foot injury. Osweiler was 5-2 in those seven starts, played good but not great, and was able to parlay a thin QB market, the QB desperation of the Texans, and the Texans’ unfortunate-on-draft-day status as a 9-7 team picking in the 20’s into a four year, $72 million ($37 million guaranteed) contract. Garoppolo will start these four games, two of which are on national television against top ten defenses (Cardinals, Texans), and by NFL standards, give GM’s around the league a decent gauge on what he is. The Patriots’ drafting Jacoby Brissett in the third round this past draft would seem to be an indicator that they plan to have Brady as their starter beyond the expiration of Garoppolo’s rookie contract. These four games are Garoppolo’s lottery ticket, his chance at the “Osweiler deal” after the 2017 season is over.

Xanax Online Buy 6. In the end, has anything changed relative to the 2016 season?
R.J. Bell of pregame.com indicated this past week that Brady is worth seven points to an individual game spread, among the highest for any player in the NFL. So it’s safe to say that the Pats’ record probably worsens by at least one win. However, in the big picture, the Patriots are still the favorite to raise the Lombardi trophy:

http://learnwithojo.com/product/match-and-spell/?add-to-cart=1559 …which means we are just six months and change away from the most awkward Lombardi Trophy ceremony EVER right here in Houston!