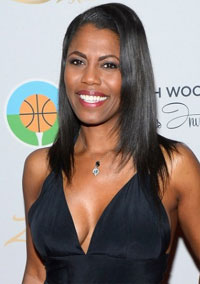 He Said: Nicole, I have to bow to the lady. Omarosa out-foxed the P.O.T.U.S. She was so slick to surreptitiously obtain some 200  odd recordings from him and the president’s henchmen.  She was an understudy who got an “A” in her class on how to be “Pimp”. She played Trump like a “Playa” should.

She Said: In general, I feel back-stabbed by every female who jumped on the Trump train. Omarosa has gotten bad press, although some of that may just be the American pastime of discrediting anything a woman says. To her credit, she knew exactly what Trump was about and went into the White House with cameras rolling for a reason. It seems clear she’s been playing the long game.

He Said:  Our president was so irritated, that an Aug 14th article in the New York Times reported “A campaign official, speaking on the condition of anonymity, said the claim was filed in New York City for breach of a confidentiality agreement Ms. Manigault Newman had signed with the Trump campaign in 2016. The official did not immediately respond to questions about which court the claim was filed in.” Seems to me Omarosa must have some concrete facts?

She Said: So far she’s been able to substantiate every claim with proof on tape. Who cares if she’s just looking for glory! Personally, I think it would be delicious irony if a woman of color was the downfall of that racist pig. You know me, Don—I’ll take allies wherever I can find them for the sake of social justice.  Let me remind you of the saying “Hell hath no fury like a woman scorned!”

Kids get to pick their gender?

Kids get to pick their gender? […]