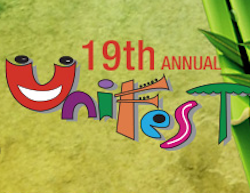 On Sunday May 19th 2013, the grounds of the beautiful, Vincent Torres Park will come to life as the 19th Annual Caribbean Multi-cultural Celebration known as Unifest, is set to kick off at 11 a.m. and run until 11 pm.

Unifest is recognised as the longest running “Multi-cultural Event” in Lauderdale Lakes, in Broward County in Florida. This event has seen eighteen (18) successful staging’s and has attracted more than 8,000 people annually and is expected to attract more than 10,000 people this year. Unifest is a celebration of the diverse yet rich culture of the Caribbean and is creatively designed to unify people and show off their unique cultures.

The event is broken down into various fun-filled activities to include:  Cultural display of Arts and Crafts, popular Caribbean Sports and past time such as Netball, Soccer and a Domino Tournament, Business Expo, Health Fair, Cultural Corner with emphasis this year on the commemoration of ‘Haitian Flag Day’, an exciting and colourful Carnival Costume Parade and also featuring “Flavours of the Caribbean” an array of the various types of food from across the Caribbean, where popular Restaurateurs from the Florida area will get the chance to showcase some of their favourite Caribbean dishes. This is a Family friendly event so patrons are encouraged to bring the kids where they will be entertained in a special “Kiddie Village”.

The newest addition to the event is the “Caribbean Jazz Brunch”, from 12-3 pm featuring Eugene Grey, Randy Corinthian and Jus’ Cynthia. The highlight of the night will be “Music under the Stars” which will feature reggae icon’s Ken Boothe and Ernie Smith, Soca/Calypso greats Nigel Lewis and Tallpree, Haitian Super Rapper ‘TPO’ as well as performances from popular Jamaican Reggae Band Code Red, the energetic musical group Caribbean Music Farm and South Florida’s home grown talent ‘Blade Martin’. This Festival is deemed as the official kick-off to the celebration of “National Caribbean American Heritage Month “in June. The main goal for an event of this magnitude is to educate and sensitize the community and to bring even more awareness to its cultural makeup.

The event takes place on Sunday May 19, 2013 at the Vincent Torres Park, 4331 NW 36th Street, Lauderdale Lakes, FL, 33319. Admission: Tickets $10 in Advance, $15 at the Gate, free for children under 12 years.  This event is presented by the Greater Caribbean American Cultural Coalition in partnership with the city of Lauderdale Lakes and the Greater Caribbean American Chamber of Commerce. Sponsors include: Broward County Cultural Division, Greater Fort Lauderdale, MoneyGram, WAVS 1170 AM, Bank of America, Comcast, FPL, Walmart, Steady Image, Munro and Associates Group, Inc., Caribbean Vibes Marketing and the Bammy Factory.