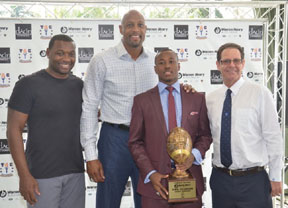 Davie, FL – The entire Miami Dolphins team took part in a community service project at SpareZ in Davie this afternoon. Current players paired up with 180 students from Earlington Heights and South Hialeah Elementary in […]

Dolphins interim head coach Dan Campbell celebrates from the sidelines after a first-half touchdown. Christopher Hanewinckel/USA TODAY Sports Campbell’s first step was committing to the run. The Dolphins rushed for a season-high 180 yards and controlled […]

It’s been scientifically proven that that the most important meal of the pay is breakfast. In addition to maintaining a healthy body weight, breakfast provides a person the energy that’s needed to survive throughout the […]