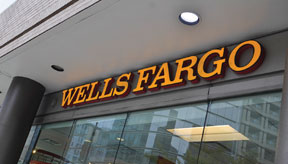 Wells Fargo Home Lending won the Diversity and Inclusion Award at a recent summit hosted by the Mortgage Bankers Association in Washington, D.C.

After weeks of bad press, Wells Fargo received an award acknowledging their efforts to diversify homeownership.

Franklin Codel, the executive vice president of Wells Fargo’s Home Mortgage division said that sustainable homeownership stands near and dear to his heart.

“The last couple of weeks hasn’t been good for Wells Far-go, we have to acknowledge that” Codel said. “It means a lot to be recognized in this way. We do it because it’s the right thing to do for our community and customers.”

Codel claimed that Wells Far-go Home Lending success comes from going into communities and dispelling myths about what it takes to own a home.

“The myths that are out there are very, very real,” he said. “Very often we find that the belief is that you have to have perfect credit, a 20 percent down payment and a much higher income.”

Because of prevailing myths, there are entire populations across the country specifically in majority-minority neighborhoods where homeownership doesn’t exist.

“If the family experience is not grounded in homeowner-ship, then people from that family will need assistance,” Codel said.

According to the MBA, Wells Fargo Home Lending has developed and sustained broad comprehensive strategies over the past several years to make sustainable homeownership possible for low-to-moderate and minority customers.

Since 2012, Wells Fargo provided nearly $302 million in down payment assistance and program support through LIFT programs, educating thousands of potential homeowners and revitalizing communities, while helping to create homeowners.

In May, the company launched your First Mortgage, a new, low down payment home loan program that reduces the complexity and barriers of payment options.

“We’ve held events in marketplaces such as Baltimore, Los Angeles, where we go out in communities and share with them how they can own a home,” Codel said. “Over 12,000 people have taken advantage of our down payment assistance program, and they all say I had no idea I could own a home.”

Wells Fargo Home Lending also partnered with the National Association of Hispanic Real Estate Professionals (NAHREP) on a 10-year, $125 billion commitment to lend to Hispanic households for the purpose of buying a home, and a $10 million pledge by the Wells Fargo Foundation in support of financial education and counseling for Hispanic homebuyers.

“These awards recognize the importance of embracing a diverse and inclusive real estate finance industry,” Rodrigo Lopez, the chairman of the MBA said. “We received an overwhelming amount of submissions to our inaugural awards, and faced a difficult challenge in selecting from a strong pool of applicants.”

The awards are designed to recognize MBA member companies that have developed innovative ways to foster diversity and inclusion in the industry. Ballard Spahr and SunTrust Mortgage won awards for Organizational Diversity and Inclusion and The Private Bank, Trust Company and Wells Fargo took home awards for Market Outreach Strategies.

“From enacting sound public policy to promoting positive workplace practices, MBA strives to set the right tone for the industry,” Lopez said. “As the leading voice for real estate finance, we want to take this opportunity to celebrate our member companies for their work and dedication in supporting a key industry initiative — diversity and inclusion, as it pertains to hiring, lending and outreach.”

Codel claimed that along with giving $125 billion to the Hispanic community, Wells Fargo Home Lending will add lending commitments in other minority communities.

Codel continued: “It’s not about lowering the bar for homeownership, but raising people up.”

Psychologist and activist Joseph L. White – whose trailblazing work revolutionized the way African Americans are understood in psychology and was affectionately referred to as the “godfather” of his field by students, mentees and colleagues -died Nov. 21 at the age of 84. […]