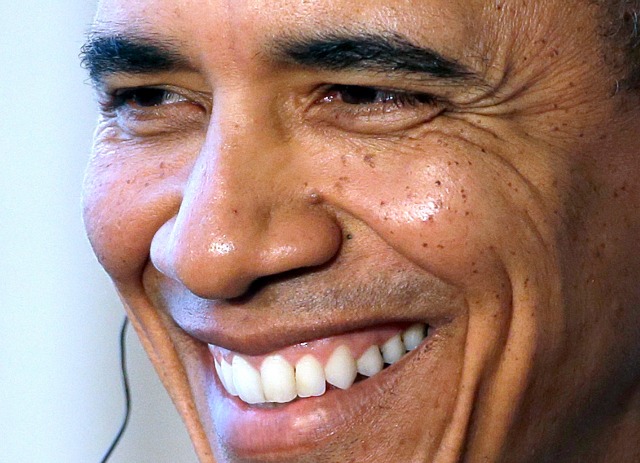 President Barack Obama (pictured) has turned part of his focus on improving the economy through the development of jobs. This week, the President will unveil a series of plans in order to bring improvements to the nation’s infrastructure.

The Obama administration has taken ambitious leaps to address the needs of the sagging middle class by bolstering several key facets of health care, education, housing, and now the necessity for good paying jobs. The President’s “A Better Bargain” initiative is nearly a year in, and there is a relentless flurry of activity to come by way of the White House and other organizations that relate to strengthening the workforce.

Obama has promised to use his pen and phone to enact executive actions when needed to push the needle on important issues. This week, more actions will be announced regarding infrastructure.

On Monday, the White House released a joint report from the Council of Economic Advisers and National Economic Council which examines how investing in transportation benefits the economy and how infrastructure can become an area of positive growth by way of technology and innovation.

Tuesday, President Obama will speak directly to the investing in infrastructure innovation just slightly south of the Nation’s Capital. He will deliver remarks at the Turner-Fairbank Highway Research Center in Mclean, Va. The following day, the President will hold a meeting with his State, Local, and Tribal Leaders Climate Task Force on Preparedness and Resilience. During this meeting, remarks will be delivered and a discussion opened with the Task Force to discuss a series of new actions by the Obama administration related to building infrastructure in their respective communities and to brace for the impact of climate change.

On Thursday, the President will visit an infrastructure site in Delaware and will announce a new initiative by way of his executive authority to increase private sector investment in building the nation’s infrastructure.

Department of Transportation Secretary Anthony Foxx will be supporting the President’s efforts by attending a series of media events, including a Monday press conference at the Yeager Airport Bridge Replacement Project in Charleston, W. Va. Secretary Foxx focused on the state’s transportation concerns and the dangers it could face if the Highway Trust Fund becomes unfunded. Congress has until August 1 to come up with ways to sustain the Fund, which is the federal government’s main arm in funding the nation’s transportation and infrastructure needs.

The White House also released an interactive transportation map that will give individuals an inside look about the condition of the roads and bridges in their respective states. The map also highlights the nearly 700,000 jobs and active highway and transit projects under jeopardy of being stalled if Congress has not passed a new transportation bill by September 30.

The overall push from the administration is part of the President’s “Year Of Action” plan aimed at calling Congress and partners to work on goals that serve the needs of the American people.

In the past few weeks, several excellent editorials have appeared focusing on our request for the honorary promotion for the legendary soldier/diplomat Colonel Charles Young to the rank of Brigadier General. The editorials focused on […]

With open enrollment under the Affordable Care Act set to begin Oct. 1, officials at the new health insurance Marketplaces are gearing up to help consumers. Call centers have been launched. “Navigators” to help consumers are […]