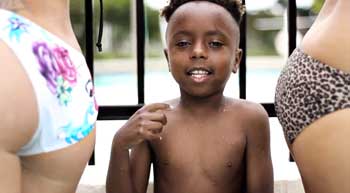 Running Down the RIDICULOUS

Forget about the Young and the Restless, this week in the Rundown we feature the trials, tribulations, the idiocy, and the utterly bizarre engagements of the Young, the Racists, the Super Rich, the RIDICULOUS, the Repulsive, and the Repugnant.

Members of the Republican party are tripping all over themselves following an expose released by Vanity Fair last week exposing, and in great detail one might add, information regarding Mitt Romney and all of the money that he has shipped out of this country and has safely deposited into several others, including the Cayman Islands and Bermuda.

Both Bermuda and the Cayman Islands have been notoriously labeled as tax havens for years, and this latest public release regarding Mitt Romney and his finances raises some very serious questions in the minds of many regarding Old Mitty Boy’s fitness to be the President of the United States.

In reality, Mitt Romney’s entire bid for the presidency has been the un-covering of secret after secret that Romney and his teams have had shrouded underneath a huge drop cloth of secrecy. The most RIDICULOUS thing about all of this is the fact that the Republicans are attempting to spin Romney’s money mess into something that they would like the rest of us to believe is not very important, or is somehow a diversion away from things that really matter to the PEOPLE of America.

Chairman of the Republican National Committee Reince Priebus, is even more of an idiot than he has already proven himself to be if he believes that the general public is just going to sit back and relax while his candidate and his party continue to play their sick and twisted games of the Haves verses the Have Nots.

There are a lot of reasons that folks choose to put their money in offshore accounts, and traditionally, none of them are good. Now no one has accused Mitt Romney of doing anything illegal, but it is a peculiar thing to think that someone actually expects to be elected President of the most powerful country in the free world, while having hundreds of millions of dollars tucked away in banks in other countries and not ever expecting to explain anything regarding all of this madness to anyone.

Now for a candidate who claims that he knows what the needs of the American people are, and further claims that the economy is his greatest concern, it would appear that Mitt Romney has a lot of explaining to do regarding just why it is that he does not have enough faith or trust in the economy of the United States of America to leave all of the millions of dollars that he made off of the backs of hardworking everyday Americans.

Throughout his entire campaign, Mitt Romney has stood back while his fellow Republicans accused and attacked the President for not being American enough, and Romney himself has engaged in some of that anti-American rhetoric against President Obama. It would make sense that the same people who have questioned, and who still question the birthplace of our president, would also be just as relent-less in their pursuit to demand answers from Mitt Romney in regards to why he feels that his money is better kept in the lands of others verses right here in the land of his birth, and the same land that he wants to reign over.

Mitt Romney has been elusive and secretive about far too much to list here, but far worse than all of his secrecy is his lack of trust in the American financial system, and there is nothing more anti-American than that.

Next in the Rundown is washed up country singer Ted Nugent. You remember him right-the guy that lost his Are You Ready for Some Football gig, following his last newsworthy yet incredibly ignorant remark. Well any who, he is back in the news again for making yet another RIDICULOUS statement.

Apparently Nugent was so upset over the fact that Chief Justice John Roberts sided with the Liberals on the Supreme Court and upheld Obamacare he called him a turncoat and then fixed his lips to say, “We would have been better off if the South had won the war.” Really Ted? Well many might argue that life just might have been better for everyone if the Native Americans had not shown you folks how to build shelter, or hunt for food. Now respond to that, you RIDICULOUS, Repugnant, Racist Jackass.

By the way Ted, did you manage to make the bail for your drummer Mick Brown following his arrest on Sunday for stealing a golf cart and DUI in Bangor Maine? Good luck with that one dude.

Finally in the Rundown, if there was ever a case for some kind of a law calling for the requirement of some sort of a license before people would be allowed to procreate, this would be it. Six year old Albert Roundtree’s rap video titled ‘Booty Pop” has landed his parents in some super-hot water following a bloggers call to child protective services.

In the video little Albert is seen holding a water gun down by his crouch, and hosing down one of his two scantily clad bikini wearing dancers. And if that weren’t raunchy enough, as the two bikini wearing backsides bounced up and down to the beat of Baby Albert’s track, his little face could be seen sandwiched in between the two behinds.

The kid is six years old and in his video he is rapping about a full night of sex with adult women who are more than happy to gyrate and grind air while he does so. Children deserve the right to think like, act like, and just be children. What were little Albert’s parents thinking?

We would love to hear from you hear at the Rundown, so please send your comments to runningdowntheridiculous@gmail.com.

By Associated Press LOS ANGELES — Rumbling in to its final four weeks, the presidential campaign is playing out on both coasts and multiple fronts, with Republican Mitt Romney seeking stature on foreign affairs and President Barack Obama raising political […]