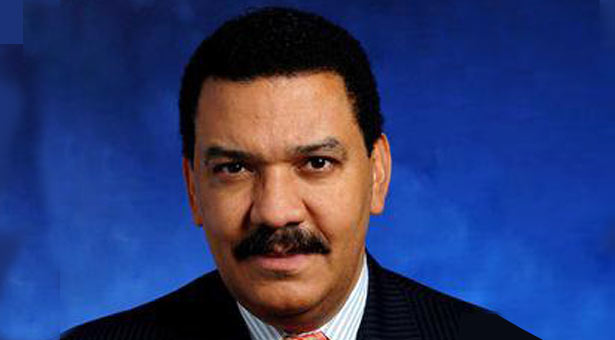 TriceEdneyWire.com — An attempt to unseat three judges in an upcoming Nashville, Tenn. election is nothing less than a “raw power grab” by right wing special interests using big money to buy control of the courts, says the head of a non-partisan organization of lawyers this week.

“It is a raw power grab is what it is. Their campaign against these justices is based on a series of lies, half-truths, misstatements and material omissions,” says Charles Grant, president of the bi-partisan Nashville Bar Association (NBA), which has endorsed the retention of the judges. “It has huge implications nationally because if they can do it here, they can do it anywhere.”
The situation involves three Tennessee Supreme Court Justices Cornelia A. Clark, Sharon Gail Lee and Gary R. Wade, all up for retention on the court by the vote on Aug. 7. They were originally appointed by Democratic Gov. Phil Bredesen.

Opposing the judges is namely Republican Lt. Gov. Ron Ramsey and other Re-publicans backed by wealthy political operatives, some from outside the state, including the billionaire Koch brothers of Wichita, Kans., according to widespread media reports. Among Ramsey’s tools is a 30-page Power Point that attempts to scare voters by claiming – in part – that the three judges are soft on the death penalty and “anti-business”.

Grant says the claims in the Power Point are blatantly false and undermines the integrity of the process.

“It is chock full of misstatements, it’s misleading, it has substantial omissions, sometimes it attributes to these judges opinions that were written by the Court of Appeals for example. And when confronted with all of this misleading information that he is putting out to the public about the quality of these justices’ work, he will come right out and say, ‘It’s not my job to tell their side of the story,’” says Grant, the NBA’s first Black president. “What is it that they hope to accomplish? They hope to control the court. That’s what they hope to accomplish. They don’t want independence. They want control.”

Adding to the difficulty of clarifying their records is the fact that judges can’t speak out to defend themselves in the same manner as someone running for a political office. Because of codes of conduct, they must appear impartial at all times and avoid public confrontations that could warrant a conflict of interest later. They can’t speak publicly on specific cases. Neither can they ask for financial contributions.

Voters would need to research deeply to unearth the real facts pertaining to the three judges, Grant says. For example, though Ramsey contends they are soft on the death penalty, they have actually affirmed 90 percent of the death penalty cases before them, Grant says. As for the “anti-business” charge, “It is not the justices’ jobs to be leaning one way or the other. That is not what we want them to do. We want them to decide the cases based on the facts and the law without favor, without prejudice to one side or the other.”

The historic principles that have allowed for major progress in America are also at stake, Grant says.

”If Supreme Court judges had been subject to special interests, we would never have had Brown verses Board of Education. We would never have had the landmark decision that dismantled segregation and state-enforced discrimination through laws like Jim Crow and racially restrictive covenants and red-lining by banks and all of those things that enforce racism and racial oppression. So we need to have some kind of check on this power to make sure the basic constitutional rights and the bill of rights are protected.”

In a nutshell, the 40-year-old “merit selection” process by which judges are chosen in Tennessee is quite common in states across the U. S. Candidates are intensely vetted through a bi-partisan nine-member judicial evaluation commission, which then recommends three judges to the governor for any vacancy on the Court of Appeals or Supreme Court.

When the eight-year term is up, the judges are re-evaluated by a commission which then makes a public recommendation on whether the judge should be retained. If the commission decides against the retainer, the judge is subject to a popular election. If the commission decides for the retainer; then the judges go on the ballot for the public to review their record and to review the recommendations and to determine whether or not they should be replaced.

After this rigorous process, Clark, Lee and Wade were all recommended for retainer by the commission of non-partisan lawyers and citizens. Yet, the judges are now under a partisan attack.
With the rigorous campaign to unseat and replace them, Grant fears the judges’ retention bids could realistically fail because of the potency of the smear campaign and the money that is backing it.

“It is about buying influence. They are going after these justices because these justices do not cow tow to special interests. They do their jobs. They call the balls and strikes as they see them,” Grant says. “When a special interest or group wants to target a judge, it’s kind of easy to identify, to take one of their one hundred opinions or whatever, to misstate the facts or misstate the law or completely mislead.”

Grant and the NBA are not alone in their advocacy for fairness in the process. On July 15, a bi-partisan group of district attorneys came forward to support the three judges saying they have outstanding records and deserve to be retained. Also, Republican Mickey Barker a former chief justice of the Tennessee Supreme Court, has been quoted as calling the anti-retention campaign “frightening” because it would turn the Tennessee Supreme Court into a “partisan branch of government.”

Trial lawyer Lew Conner, also a Republican, recently held a fundraiser of his own to assist the judges in their retention bid. “This is about a system being wrongfully attacked, and Ramsey is the attacker,” Conner was quoted in the Tennessee Watchdog.

Grant says the bi-partisan outrage is simply due to the knowledge that a politicized judiciary could lead to a rogue court which could make decisions based on political whims and allegiances instead of the facts of the cases before them.

He concludes, “Lawyers don’t want judges beholding to special interests. None of us do. Lawyers don’t want to walk into court thinking that the scales of justice are already tilted toward one party before we’ve had an opportunity to present our case,” Grant concludes. “The only way to win is to educate the population. If you want an independent judiciary; you have to understand when it’s under attack by partisan special interests.”