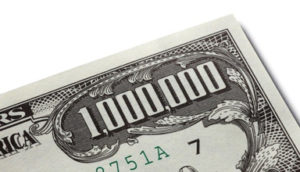 For her four-year tenure as president, Dr. Glenda Glover has implemented a five-point plan for AKA which includes the HBCU initiative.

For the second year in a row, Alpha Kappa Alpha Sorority, Incorporated, the oldest Greek-letter organization established by African American college-educated women, raised $1 million in just 24 hours during this month’s HBCU Impact Day.  The AKA Sorority, Inc. also has agreed to collaborate in the planning for the upcoming 80th-anniversary celebration of the National Newspaper Publishers Association (NNPA) in 2020.

“When you need to know the positive stories – the real stories – about African Americans, then you understand our dependence on the Black Press for our news,” said Dr. Glover, the international president of AKA and president of the historically-Black Tennessee State University.

“It is my honor to be a part of this. Alpha Kappa Alpha has been a partner to the Black Press even right here in Nashville with the Tennessee Tribune,” she said.

While the first African American-owned newspaper was founded 192 years ago, the establishment of the NNPA took place in 1940 during a meeting in Chicago.

For her part, Dr. Glover and the AKAs have steadfastly continued to promote support of HBCUs across the nation.

Dr. Glover has led that challenge for contributions as part of a four-year $10 million fundraising goal to benefit HBCUs.

“I asked my membership to support this initiative. We galvanized members, individuals, and corporate sponsors. We kept going back again, and again,” she said.

“It’s a tremendous feat to raise $1 million in one day, but we knew HBCUs needed to have funding, sustainability, and we have to make sure to secure the endowments of each university,” she said.

In February, AKA gifted $1.6 million from their AKA-HBCU Endowment Fund to 32 HBCUs.

As an HBCU graduate, Glover said she has dedicated her life’s work to the HBCU com-munity.

“I understand the impact personally that establishing an endowment has on a student’s enrollment and graduation prospects,” Dr. Glover said. “The actions of Alpha Kappa Alpha Sorority, Inc. will go a long way toward ensuring that HBCUs remain open and able to encourage the best Black students to choose them as a first option,” she said.

AKA began on the campus of Howard University in Washington, D.C., in 1908.  To-day, nearly 300,000 members make up the sorority in approximately 1,018 graduate and undergraduate chapters in the U.S., the U.S. Virgin Islands, Liberia, the Bahamas, Bermuda, Canada, Dubai, Germany, Japan, and South Korea.

For her four-year tenure as president, Dr. Glover has implemented a five-point plan for AKA which includes the HBCU initiative.

The other four plan points include a women’s healthcare and wellness plan; building your economic legacy; the Arts; and global impact.

“We try to make sure that we handle certain national and international issues,” Dr. Glover said. “We have a program of wellness and health. We have a breast cancer mobile unit that travels around the country giving free mammograms to African American women,” she said.

“We know that breast cancer tends not to be found in Black women until it reaches stage 4,” Dr. Glover said.

“With all of our initiatives, we want to make sure that African Americans don’t get lost in the shuffle. That is why we have programs and services that benefit the community,” Dr. Glover said.