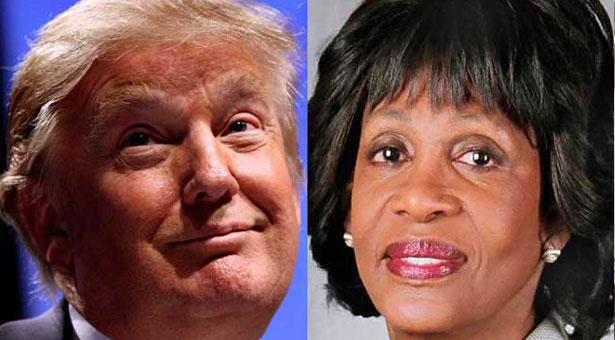 The rally in Washington Township, Michigan was scheduled to counter the White House Correspondents’ Dinner, which Trump skipped for the second year in a row.

During his speech, Trump addressed the upcoming November 6 midterm elections less than 180 days away.

“We have to keep the House, because if you listen to Maxine Waters—she goes around saying, ‘We will impeach him. We will impeach him,’” Trump said at the rally. “Then people said, ‘But he hasn’t done anything wrong.’”

Trump continued, mimicking Waters: “Oh, that doesn’t matter, we will impeach the president…”

A sitting president bringing up the possibility of his own impeachment, as a way of igniting political support, may be a first in U.S. history. The Republican Party is slowly turning away from marketing the tax cut deal Trump signed months ago. Many political insiders say the tax cut has not been the bonanza Republicans hoped for and that the tax cuts won’t be enough to drive voters to the polls.

Trump urged the Washington Township audience to go out and vote during the midterms.

Trump attacked Waters (D-Calif.), in March saying that she had “a very low IQ.”

In the past, Republicans have used negative marketing around the views and image of former House Speaker Nancy Pelosi, as a way to get their base excited. Now, Trump is turning Waters into a routing object of criticism.

But will it work?

What are the chances that a voter in Michigan will be thinking about a member of Congress from California as they cast their ballot in a local, state or congressional race?

Waters, who has been in Congress since 1991, was recently named to the TIME 100 list as a top influencer. In the age of Trump, the longtime member of Congress has witnessed a resurgence in the interest in her work on Capitol Hill, especially among millennials.