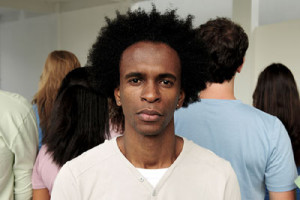 American Community: Progress, but our work is far from Over

We have made great progress in the fight against HIV in the United States. Annual HIV infections and diagnoses have declined in recent years as have HIV-related deaths. But the theme of 2018’s National Black HIV/AIDS Awareness Day – Stay the Course, the Fight is Not Over! – underscored that we still have important work to do that affects the lives of many Americans. CDC estimates that 1.1 million people are living with HIV in the United States. Among those, more than 470,000 are African Americans. This includes 74,100 who are unaware of their infection and, thus, are at higher risk of illness and transmitting the virus. African Americans are 43 percent of all people living with HIV in the United States, though African Americans comprise 12 percent of the nation’s total population.

When we look at the results in key reports and at the indicators we use to monitor our national progress, we generally see improvement across all racial and ethnic groups. There are some notable exceptions, however. Data showing overall improvement can mask the fact that the gains are not consistent across groups. Many racial and ethnic disparities continue to exist. Some of the disparities have become worse as some groups more than others realize greater benefits from advances in prevention and treatment.

Tackling the HIV-related disparities experienced by African Americans and other racial/ethnic minorities is absolutely essential to our overall success. Together, we cannot reach our national goals without further improving HIV-related results for African Americans. Success in this population, like success in other populations, benefits everyone. Fewer new HIV infections, fewer people with undiagnosed HIV infection, and fewer people with a detectable viral load all mean that the risk of transmission is lower in the community as a whole and that costs associated with HIV care and treatment will be less than they would have been if these adverse outcomes had not been averted.

In recent years, we have seen improvements in key HIV indicators for Americans overall, as well as improvements among African Americans as a group and among most subgroups within the African American community. However, other data show us that there are some areas requiring strengthened, more focused, and innovative efforts to address disparities or we risk leaving some people behind.

The science is clear. The key to lowering new HIV infections among all people, including African Americans, will require taking full advantage of the advances that research has provided and making the most efficient and effective use of the tools now available. Treatment as prevention (TasP) and pre-exposure prophylaxis (PrEP) are the most powerful tools in our HIV toolkit. Yet, too many people are not aware of these new tools and the latest data on their effectiveness, so work needs to be done to educate many more people about the latest science.

PrEP is a highly effective prevention strategy for people who are at very high risk of getting HIV. It involves taking a pill every day. Studies show that daily PrEP can reduce the risk of HIV transmission more than 90% for female-male and male-male partnerships and reduce transmission among people who inject drugs by 70%. While CDC analysis [PDF, 2.31 MB] of available data points to a 300% increase in PrEP prescriptions between 2014 and 2015, other data indicate that uptake of this highly effective HIV prevention tool has been uneven among those who could benefit most from it. Specifically, an analysis by Gilead Sciences [PDF, 260 KB], which manufactures the only currently FDA-approved form of PrEP, found the uptake of PrEP has been low among Black/African Americans between 2012 and 2015 with only 10% of all new PrEP prescriptions for Black/African Americans.

People living with HIV who know their status, are in care and on antiretroviral therapy that results in a suppressed or undetectable viral load are living longer, healthier lives. They are also preventing sexual transmission of HIV to their partners. That’s because we now know that people living with HIV who take HIV medications daily as prescribed and achieve and maintain an undetectable viral load have effectively no risk of sexually transmitting the virus to an HIV-negative partner. We also know that if someone who has achieved and maintained an undetectable viral load stops taking HIV medications the viral load will rebound quickly (within a few weeks). When this occurs, someone who had effectively no risk of transmission can have a high or very high virologic potential for transmitting HIV.

On an encouraging note, according to the most recent data [PDF,916 KB] from the Ryan White HIV/AIDS Program, viral suppression among Black/African American clients increased from 63.3% in 2010 to 81.3% in 2016. This demonstrates the powerful effects of a comprehensive system of care and quality HIV services that address the needs of the whole person. Despite these results, even within the Ryan White HIV/AIDS Program, viral suppression was consistently lower among Black/African American clients compared to other race/ethnicity groups. Improving the rate of viral suppression among Blacks/African Americans living with HIV is important to not only preserve their health, but also reduce onward transmission of the virus to others.

Roles for All of Us to Address These Disparities

The challenge before us is to improve efforts that connect the populations most impacted by HIV, especially Blacks/African Americans, to these highly effective tools that protect health, inhibit disease progression, and prevent transmission. We all have roles to play in that effort and must do our part. Together, guided by the NHAS, we must educate populations at risk for and living with HIV about these highly effective tools, encourage individuals to know their HIV status and to seek and remain adherent to the HIV prevention or treatment regimen that is most effective for them. As Federal agencies strive to improve the efficiency, effectiveness, and impact of our investments in the response to HIV, we continue to support state and local health departments and community-based organizations and clinics that provide HIV prevention and care services, including re-engagement in care for those who have left. We also need healthcare providers to enhance efforts to reduce missed opportunities for HIV testing and prevention counseling or linkage to HIV care and to embrace strategies to identify and re-engage those who have fallen out of care. And community-based organizations, faith communities, families, and networks of friends can all help combat the HIV-related stigma that keeps too many from seeking testing or remaining in HIV care. With all we know now about how to prevent and treat it, HIV should not be stigmatized. Instead, we all need to mobilize to embrace those at risk or living with HIV and support their efforts to remain healthy.

Our fight against HIV is not over. Our continued efforts must include a focus on reducing the HIV-related disparities experienced by Blacks/African Americans. Working together to make the most effective and efficient use of the tools we now have to fight it, we can accelerate on our course to ending HIV in the United States.

200,000 people downloaded her App within two weeks, and Forbes Magazine is calling her “The Next Steve Jobs”

The app is so popular that 200,000 people downloaded it to their smart phones and tablets within just two weeks of its launch. Even more, Forbes has named her “The Next Steve Jobs”. […]

By Stacy M. Brown, NNPA Newswire Correspondent @StacyBrownMedia With one of pop music’s most profound voices performing during a ceremony that included a video tribute featuring tributes from a mayor, a congressman, a school superintendent […]

you must seize the moment, every moment! If you want to tell someone you love them, you need to do it. Don’t hesitate and don’t let anyone else make or take away your decision to express your feelings. If you want to tell someone you don’t like them, well, think again and ask yourself “what do I hope to accomplish,” or “what is the end game?” We must understand that there are consequences and repercussions for our actions and our inactions. We must be accountable and hold others accountable. […]