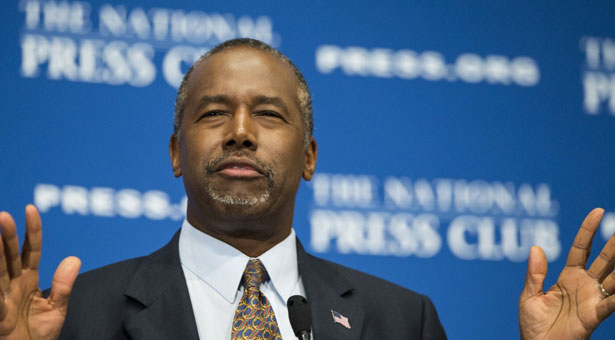 In an exclusive interview with the NNPA News Wire following Trump’s double-digit loss to Senator Ted Cruz in the Republican primary in Wisconsin, Carson discussed a wide range of issues including the 2016 elections, health care and reparations for the myriad injustices that have plagued the Black community.

Carson said that he endorsed the Republican frontrunner, when he recognized that the political establishment was making a concerted effort to stop Trump’s campaign.

Carson suggested a health care system involving health empowerment accounts (HEA), which are “like health savings accounts without the bureaucrats.” The HEAs would allow customers to transfer funds between the accounts of family members for medical care within families and buy catastrophic plans across state lines.

“[Health empowerment accounts] give you enormous flexibility to give you the vast majority of things that are going to come up,” said Carson and the costs associated with catastrophic health care would drop dramatically.

HSAs require customers to also be enrolled in high deductible health plans, and HEAs would need a much improved an economy to work.

Carson said that the Black press is enormously important, because a lot of the mainstream media doesn’t address the issues that are important in the Black community and they don’t highlight the wonderful things that are going on too.

Carson continued: “So, often in the past the accomplishments of Black people have been confiscated and we need all of the examples we can get for our young people, so that they understand that they don’t have to play second fiddle to anybody.”

The Detroit native, who survived abject poverty as a child and grew up to become a world-renowned neurosurgeon, said the he supports creating targeted programs for Blacks and others that would increase economic and social equity.

“That’s an area where a lot of productive discussions can be made,” said Carson. “The big problem is that a lot of people hear a word [like reparations] an their antennae go up and they go to their respective corners and start hurling barbs at each other, when in fact if they were to sit down and talk about [the issues] they could probably come to some pretty reasonable solutions.”

Ultimately, Carson said that in order for Black people to improve their current conditions, they have to recognize that they have to do it themselves.

“The help is not going to come from somewhere else, because other people have their own agenda and we’re just an afterthought,” said Carson.

Carson continued: “We have to do it ourselves and we have to understand that our strength in the past has been our faith and our families and if we can grab those things again, we will be blessed and we will ascend and I have no doubt about that.”

Job prospects for Black women improved in June, as they recorded better employment numbers than the other major adult groups, the latest jobs report by the Labor Department shows. […]

Too stressed to be blessed

Too stressed to be blessed
[…]