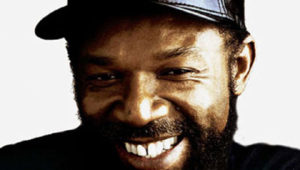 Jamaican reggae singer Beres Hammond and his band raised the roof at the Au Rene Theater at the Broward Performing Arts Center. This celebrated artist has been honored with “The Order Of Jamaica” for his “exceptional and dedicated contribution to the Jamaican music industry.” “The Order of Jamaica” is Jamaica’s fifth highest honor.  Given how he and his band brought the theater down, we know why he earned that praise.

The crowd was a mixture of island gumbo. People from Jamaica, Trinidad, Tobago and all parts of the Caribbean combined.  The show opened by featuring the multitalented D.J. “Inferno”, who set the party off to an incendiary flame with his eclectic mix of reggae selections!  This set the crowd off to romance dancing in the aisles.

The backup band picked up the groove from where D.J. “Inferno” laid down the foundation.  I don’t think people stopped dancing all night. To Beress’s credit he gave each member of the backup band a chance to solo.  This was best illustrated by the backup singers! Then Beres closed the show out with his hit “Lover’s Rock Rhythm”. The harmony from the band and the audience could not be missed. It will overflow to his upcoming Beres Hammond “Love and Harmony Cruise” July 15 – July 22 to Montego Bay Jamaica. “Bon Voyage!”