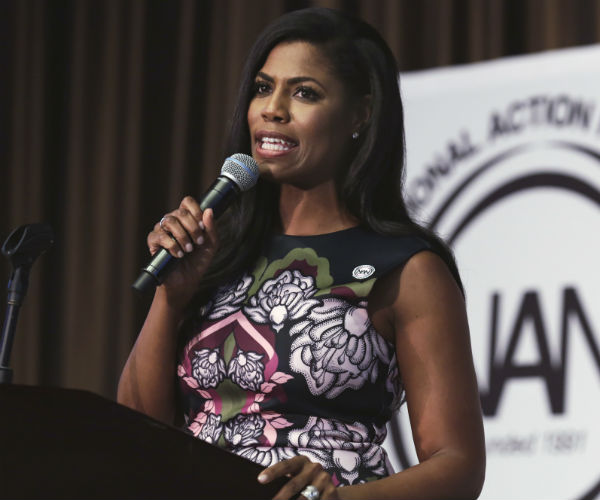 It’s no secret that black conservatives are not well received by the mainstream white media establishment and that most black journalists working in that community reflect the liberal progressive ideology of their bosses.

They have something else in common: they are as obsessed with “hate Trump” mania as they were with the “worship Obama” mania of the past eight years.

The disgraceful and disrespectable treatment of the highest ranking black woman in the Trump administration, Omarosa Manigault-Newman, at the recent convention of National Association of Black Journalists (NABJ) in New Orleans is a case in point.

The NABJ is the largest organization of minority journalists in the nation. It performs a valuable service at its annual convention which features prominent speakers; conducts workshops and career fairs; provides networking opportunities; and — honors outstanding black journalists.

Unfortunately, like white liberal mainstream media organizations, apparently much of the NABJ membership has little tolerance for diversity of political opinion, although some may believe that they have no other choice working in liberal media companies where to voice conservative views could be detrimental to their careers!

Manigault-Newman, director of communications for the White House Office of Public Engagement and Intergovernmental Affairs, should be given kudos just for showing up after getting a last-minute invitation — she was not even listed on the original program!

Two of the planned panel members from major publications—including the intended moderator — refused to attend when they learned of her participation.

Manigault-Newman was put on a panel on police and the black community and had planned to discuss her personal family tragedy of the murder of her father and brother in Youngstown, Ohio.

She was preceded by family members of two black men killed by police. The audience was then treated to a clip of Trump’s recent comment to a group of police implying he favored rough treatment of criminal suspects.

Substitute moderator Ed Gordon of Bounce TV did his unprofessional best to belittle Manigault-Newman and attack her for any and all perceived sins of the Trump administration. How’s that for an ambush?

She said that her personal tragedy has allowed her to understand the pain of families who have lost children or loved ones to gun violence. This apparently did not impress Gordon or the partisan crowd.

To add insult to disrespectful injury, in addition to a continual chorus of snickers and laughter, several in the audience — including black women — stood with their backs turned to the stage as the highest ranking black woman in the government attempted to speak!

So much for all the rhetoric we hear about respecting black women, I guess it depends on their politics.

Notwithstanding the aggressive and often bullish macho behavior of the moderator and hostility of the group, Manigault-Newman held her ground telling them that she is often the “only African-American representative in the White House and tries to be an advocate on behalf of black people.

Neither Gordon nor the audience cared. I guess they’d rather have no one at the White House table looking like them!

Rightfully fed up with the disrespectful treatment, she left the stage ending a very disappointing and unprofessional moment in the annals of the NABJ. Although the mainstream media, for which most of the over 1,000 journalists work, devoted scant if any coverage to the convention, this incident received widespread attention.

The Congressional Black Caucus (CBC) recently rejected an invitation to a White House meeting with the president. Based on the the treatment of Manigault-Newman, the NABJ won’t have an opportunity to reject such an invitation. So much for the interests of the people black journalists say they are supposed to represent!

A major purpose of the Federal Communications Commission’s (FCC) equal employment opportunity rules in the 1970’s, which I assisted in drafting with then Commissioner Benjamin L. Hooks, who later became President of the NAACP, was that the employment of blacks and minorities would bring sensitivity to the problems and needs of minority communities. That was always a rebuttable presumption.

Lack of diversity of opinion and viewpoint among black journalists gives the false impression — especially to their white bosses and to the public — that all blacks think alike. If black journalists mimic the same liberal views on politics and other issues as their white liberal counterparts, other than cosmetics, some would ask what difference does their presence make?

Black journalists should take note that Hispanic and Asian journalists are fast becoming the “new black” — and they are more politically diverse.

I would be willing to wager that a group of Asian or Hispanic journalists would not have been so disrespectful to one of their own in such a position.

Let’s be ready to make, preach and write our own history
[…]

Brown vs. Board of Education

Brown vs. Board of Education […]