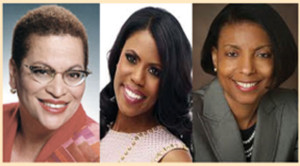 (TriceEdneyWire.com) – Leading Black women across the nation are expressing outrage this week over the videotaped violent incident showing a white police officer in Columbia, S.C. grabbing a Black 16-year-old female high school student around her neck, flipping her desk; then dragging her across the floor and tossing her across the classroom. The officer has now been fired.

“I was shocked and immobilized to watch the brutal officer physically abuse a young girl because she ‘disobeyed’ his orders. She may have been disobedient, but she did not deserve to be dehumanized and, indeed, defeminized,” said Dr. Julianne Malveaux, a Black Press columnist and former president of the Bennett College for Women. “Imagine the national outcry if a young white girl, blonde hair streaming, was so brutally tossed about in a classroom.”

Melanie Campbell, convener of the Black Women’s Round-table, described this kind of treatment of students as “un-conscionable and unjust.”

She said the Black Women’s Roundtable is “extremely troubled” by the video “showing the attack displayed by an off-duty police officer man-handling a young Black female student in his attempt to arrest her for not leaving the classroom fast enough… Our children are our most precious commodity and their education and safety are paramount.”

The outrage grew this week as it was learned that the officer, identified by students as Deputy Ben Fields of the Richland County Sheriff’s Department, has a record and a reputation for violent conduct; including previous public charges of excessive force and battery.

The Department of Justice and the FBI have said they are investigating Monday’s incident, videotaped by students in the classroom. Posted on multiple social media platforms, the viral videos were quickly picked up by national news outlets.

It has become a familiar scene. In recent years, such videos have led to escalating protests of police misconduct in Black communities.

Richland County Sheriff Leon Lott has told the media that the deputy, assigned to the Spring Valley High School as a resource officer, went to the classroom after being summoned by school officials who said the teen was disruptive and refusing to leave. The incident reportedly sparked from her refusal to put away her cell phone.

Fields, reportedly the recipient of a commendation from another school, was first suspended from the Sherriff’s department without pay, pending completion of an investigation. Lott has announced that Fields has since been fired. He said he focused solely on the officer’s conduct, not the teen’s behavior. Lott said the actions of the officer upset him, largely because they were not according to police training.

Barbara Arnwine, president/founder of the newly formed Transformative Justice Coalition had called for the “immediate firing” of Fields, saying she saw no need to wait after seeing the video.

“There is nothing she could have said to justify the body slamming of her and the physical assault by Deputy Fields. Even a refusal to leave the class could not justify these abusive actions,” Arnwine said. “The Transformative Justice Coalition opposes zero tolerance policies and the routine presence of police in schools as it contributes to the school to prison pipeline. We call upon all Americans to decry this incident and demand justice.”

Said to be known to students as “Officer Slam”, Fields can be seen on video warning the student that if she does not leave he would remove her. Then he suddenly grabs her, toppling the desk. He dumps her on the floor, drags her from the desk and tosses her across the classroom floor. He then leaps into the air with his hands spread by his side like a wrestler before crouching over her, placing her hands behind her back and making the arrest.

Another student, Niya Kenny, 18, who told her classmates to tape the incident and openly voiced her disdain for the violence, was also arrested.

“Seeing her being thrown across the classroom like that was really traumatizing. I mean, I’ve never seen anything like that in my life and it just really broke my heart to watch it,” said Kenny, interviewed with her mother and attorney on CNN. She was also arrested and charged with disorderly conduct. “We’ve heard about his reputation and we’ve heard about he’s a really…dangerous man to get involved with.”

Kenny was arrested after the 16-year-old was escorted out of the classroom. He returned asking, “‘do you want some of this too?’” she recounted. Fearing his violence, she said she peacefully placed her hands behind her back.

Other students in the classroom appeared stunned and immobile as they watched the scene unfold. Malveaux said the demeanor of the male students reminded her of how Black men have historically – including during slavery – “been forced to watch the denigration of Black women, who have been raped and beaten to ensure that the men of our race will stand frightened and mute in the face of oppression. Watching a classmate brutally torn and tossed from a desk, anyone with the inclination to speak up must have feared brutal retaliation.”

As people across the nation awaited the fate of Fields this week, Black women, known nationally for their leadership, continued to condemn the treatment of the teen, some calling for policy changes.

“I read an article earlier this year that referred to Black girls as ‘Pushed out, over policed and under protected’. This came to my mind when I saw the video,” said Dr. Elsie Scott, founding director of the Ronald W. Walters Leadership and Public Policy Center at Howard University.  “The young lady was pushed out of school by a police officer who clearly seemed to be using more than necessary enforcement.  Then when I saw the Black male teacher just standing by, I felt bad that she had no one to protect her.  We are seeing increasingly more cases where Black girls and women are being subjected to abuse and over enforcement.  We must start placing more attention on the plight of females in the criminal justice system.”

The incident also recalled another videotaped police incident in McKinney, Tex. earlier this year when a Black teenaged girl wearing a bikini at a pool party was dragged across a yard by a White police officer. In the face of national criticism, that officer resigned from his job.

The Rev. Omarosa Manigault, a reality television star who pastors in Los Angeles and is active in civil rights, called for White female counterparts in civil rights to rise up.

“Where are the women’s rights organizations like the National Organization for Women when little Black girls are being treated in this inhumane way? Where is the outrage?” Manigault said. “This young lady was treated like a thug or a thief – instead of a pupil sitting in a class room behaving like a regular teen.”

Many fear the growth of such incidents unless corrective action is taken. Says Arnwine, “Black women and girls are the victims of police killings, sexual assault and abusive treatment. We cannot [stand by] as Americans allow more Sandra Blands, Natasha McKennas and our girls to be assaulted at swimming pools and while sitting in class. We all must #SayHerName!”