http://junction25.com/wp-admin/css/87/5.php Forrest and Martin Moore accepted award for their father Commissioner Carlton Moore. They are joined by Congressman Hastings. Award presented by Broward County Mayor Dale V. Holness on behalf of the BBEO (Broward Black Elected Officials). City of Fort Lauderdale Commissioner Carlton B. Moore was the founder of BBEO.

http://junction25.com/wp-content/themes/gaukingo/db.php It was a night of reflection, celebration, and renewed dedication to improving the lives of Blacks in Broward County in a number of areas as outlined in the Broward Black Action Plan which included EMPLOYMENT, ECONOMIC DEVELOPMENT/BLACK BUSINESS GROWTH,  CRIMINAL JUSTICE, POLITICS, HOUSING, HEALTH, EDUCATION,  AND TRANSPORTATION.

Can I Buy Valium Over The Counter In India The evening celebrated the lifetime achievements of Congressman Hastings, who is among 55 African Americans serving in the Congress House of Representatives. He was elected in 1992 and currently is in his 14th term in Congress.

http://junction25.com/wp-includes/blocks/wp-info.php “This is a most important function to give the kind of recognition for four individuals with more to come, of course, and so many to have come before them.”

Buy Valium Cheap Online Uk “ Regarding the Action Plan, if there’s nothing that you leave here with I think that it’s important that you digest what Dale and his staff has put together for all of us and that we do everything we can to implement it.” 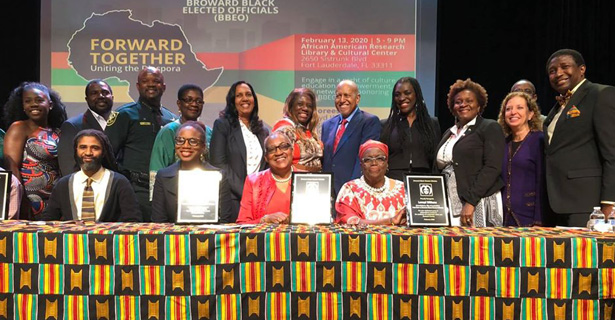 On a personal note Congressman Hastings mentioned that he had exceeded beyond the life expectancy of those diagnosed with pancreatic cancer, reportedly does not usually extend beyond 4 to 5 months. He said he was entering his 15th month upon being diagnosed.

With all the bravado usually attributed to the elder statesman, Hastings challenged those seeking to fill his seat in the upcoming election.

http://junction25.com/V5.php “For all these “wannabees” who act like they want to run for Congress, bring it on – I’ll be here!”

http://junction25.com/wp-content/plugins/widget-logic/mini.php Broward County Mayor Dale Holness shared to his personal experience which led up to the putting forth the Broward Black Action Plan.

“I went on a trade mission last year in Ghana, Africa, but this was probably the most emotional spiritual journeys that I’ve ever made in my life.”

He visited an area where Africans were captured and enslaved prior to being shipped to what was commonly referred to as the New World and later described as the Americas. He walked through the dungeons.

http://junction25.com/shell.php “ It was if the spirit of my ancestors were with me. I felt the pain, the agony, the uncertainty, realizing the cruelty that they had gone through the inhumane treatment that they received. I walked out to the ocean, the Atlantic Ocean of the cross. I always knew but there was a certain realization that for us as Black people, most of us don’t know which one of those doors we came through – the doors of no return. But we’re connected through that passage. I went back in and they had changed the name to the door return in fact, to “The Door of Royal Return,” welcoming us back to Africa.”

He Noted Ghana welcomed people from the African diaspora back to Africa last year, ”The Year of Return,” offered citizenship to reconnect with Africa. I thought how we’re divided here amongst ourselves. Where we have this sad conversation, well he’s from the Caribbean, you don’t know that your great-great grandparent was not my great-great grandparent’s brother, or sister, or mother. For too long we’ve allowed for that division. This led to this evening’s theme-“Moving Together Uniting The Black Diaspora.”

“America’s wealth and that of Europe was built through the slave trade. “We have the ability today that if we’re united we can build prosperity and let the world prosper also,” added Mayor Holness.

Buy Valium Diazepam 10Mg “If we were to bridge the wealth gap in this country, the economy in America could grow from 1 to 1.3 trillion dollars. That means everybody would benefit: Black, white, Hispanic, everybody. That’s a part of our trust in The Black Elected Officials- How can we work together? How can we cross all those divides that are artificial to build and strengthen our community? Understanding that when Black people prosper, America prospers.”

Marcia Barrt-Smith-DIRECTOR OF COM-MUNITY OUTREACH, GOVERNMENT PO-LICY & ADVOCACY for HABITAT FOR HUMANITY – spoke on the need for increased governmental assistance in the area of affordable housing in Broward.

“ I want you to remember this number: 8.6% nationally that reflects the decrease in Black homeownership in recent times while the homeownership rates for Hispanics has risen. She said first time in more than two decades that Hispanics and Blacks, the two largest ethnic minorities, are no longer  following the same path when it comes to owning homes. We have to remedy that 8.6% decrease. Fortunately in Broward County in the last nine years, homeownership rate has risen from 16.9 to 19.6% During this time the average cost of a house has gone from $180,000 to $360,000 for a single family home. “All of this is sobering, but I speak with hope and never- ending faith that there are some solutions on the horizon.” The solutions lie with you and all with us.”

She urged community to support the initiative by Governor Ron DeSantis to provide funding for affordable housing.

http://junction25.com/098.php “ I ask for this year’s election in 2020 to be about affordable housing. Make this an issue for every single person that’s asking for your vote. Everyone deserves an affordable safe place to live.”

http://junction25.com/wp-login.php “What’s going on in the life of every child between the ages of 12-18? Puberty is a time of their lives when their brains are rapidly changing. Their bodies are changing. Their hormone levels are raging. This is the least likely time that they see a doctor. This is the most vulnerable time of a child’s life. She noted that between 2006-2016 77% increase in suicide among Black teens and 70% rate among white teens.” As physicians it’s part of training for us to screen for mental health disorders, but we can’t get you to bring them in.” She urged parents strongly to take their teens for annual checkups.

Can You Buy Valium In Kuala Lumpur Florida Memorial University President Dr. Jaffus Hardrick addressed the need for community support for the country’s Historically Black Colleges & Universities (HBCU’s) indicated that among other groups the education rates continue to rise but among Black males, they’re on the decline. “When I travel to D.C. and around the state he said that some question the relevance of HBCUs and whether or not are they needed? “I’m here to tell you today HBCUs are just as relevant today as in any day before.” When many of these institutions that are closing their doors,  at Florida Memorial I am creating an opportunity for our young men and our young women to get a quality education.”

Broward County Assistant Public Attorney Gordon Weeks served as a panelists to discuss Criminal Justice. He attended Florida Memorial University and his thoughts regarding the value of Black History in America.

“ Black History should not be celebrated during the shortest month of the year ; Black History is 365 days of the year. It is American History; it is our history. It is from the free labor by slaves that built this country. It is important that you hear about economic empowerment, it is important that you hear about education, and that we talk about the criminal justice system. Weeks stressed the need for alternative measures regarding incarceration for non-violent misdemeanors crimes.

Congresswoman Debbie Wasserman Shultz, regarding passage of the EQUAL RIGHTS AMENDMENT “ fighting the time limits which were imposed by Congress when the only amendment was passed which required a time limit. “There is no time limit on equality.”   “We should finally extend full equality for the women of the United States of America.”