The Carlton B. Moore Freedom Foundation, Inc. (CBMFF), is proud to announce its scholarship awards to three deserving high school seniors to assist them with furthering their college/university educations. 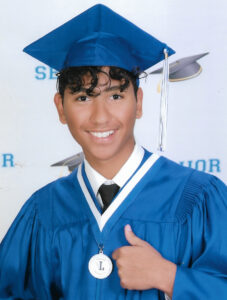 *Trinity Redmon graduated from Dillard High School. She plans to attend Aveda Institute and become an Esthetician. Her parents are Nicole and Jason Redmon.

The scholarship is named in memory of the late Carlton Bradley Moore, a City of Fort Lauderdale Commissioner for more than 20 years and lifetime champion of African American rights. His favorite saying was, “When Wishing Won’t, Work Will.”  Mr. Moore attended Dillard High School and graduated from Fort Lauderdale High School in 1971.  He also served as president of the Fort Lauderdale Chapter of the NAACP.  He was the recipient of many awards, and an advocate for change and revitalization – notably for the Northwest corridor.  He loved music, especially jazz, and traveling.

In 2014, a group of Mr. Moore’s friends and family established The Carlton B. Moore Freedom Foundation, Inc., a 501 c (3) non-profit organization. Since that time, the CBMFF has supported charitable and educational programs and awarded $33,000 in scholarships to deserving high school graduates.

On Jan. 8, 2018 The Delta Eta Zeta Chapter of Zeta Phi Beta Sorority, Inc. held a health seminar for the public called “Get Fit and Stay Fit”. The seminar took place at the African American Research Library and Culture Center in Fort Lauderdale, Fla. […]