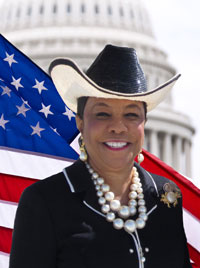 Washington, D.C. – In keeping with her pledge to do all that she can to reduce the likelihood of tragedies like the 14 deaths that occurred because of negligence at the Rehabilitation Center at Hollywood Hills, Congresswoman Frederica S. Wilson is calling on the House Committee on Ways and Means to conduct a comprehensive investigation.

In a letter to Congressmen Kevin Brady (R-Texas) and Richard Neal (D-Mass.), who serve as the committee’s chairman and ranking Democrat, respectively, Congresswoman Wilson, joined by Congresswoman Ileana Ros-Lehtinen (R-Fla.), cite a pattern of failed inspections at the nursing home that likely contributed to its inability to properly care for patients.

“We believe that the pattern of failures at this facility also highlights the need to reexamine emergency preparedness parameters and requirements for nursing facilities during natural disasters,” the lawmakers wrote. “The tragedy in Hollywood Hills has shocked our community and our nation and we must take steps to ensure it never happens again. It is critical that we take steps to protect our most vulnerable citizens. We hope to have your committee’s assistance in order to understand what led to such a horrific incident and how we can prevent such a tragedy in the future.”

In a letter to the Department of Health and Human Services acting secretary and the administrator of the Centers for Medicare and Medicaid Services, Congresswoman Wilson, joined by 36 House members, urged the agencies to “consider additional regulations requiring some nursing homes to possess alternate energy sources capable of sustaining heating, ventilation, and air conditioning systems and to maintain a fuel supply” to operate the energy sources for at least seven days. The lawmakers also are calling on the agencies to “consider regulations to encourage state and local municipalities to warehouse additional alternate energy sources to sustain HVAC systems at strategic locations” across each state that facilities can easily access in the event that their emergency plans fail.

Last month, Congresswoman Wilson held a town hall meeting at which she launched an honorary task force to address first response efforts at long-term care facilities in her district. In addition, she hosted a congressional field hearing in Miami on nursing homes’ emergency preparedness and response to disasters. 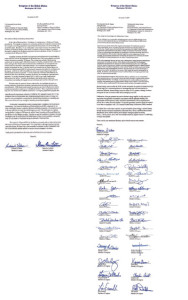