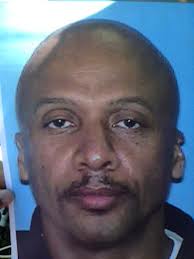 A man leading bible study was shot and killed this morning inside Creflo Dollar’s mega church in College Park, Georgia.

According to WXIA, a suspect identified as 52-year old Floyd Palmer approached the 39-year old victim while he was praying and shot him at point blank range.

Palmer, who is a former employee of the church fled the scene and has not been caught yet. Authorities don’t know his motive for shooting the man who was a member of the church staff.

“I brought my mother up here to go to church — every Wednesday she attends Bible study. As soon as we get here I’m told someone has been shot,” Karen Webb told the Atlanta Journal-Constitution. “He was one of the praise leaders.”

There were about 25 members of the church inside at the time of the shooting.

Dollar started World Changers Ministries in 1986 with eight members. It now has 30,000 members. Services are held in the 8,500-seat World Dome.